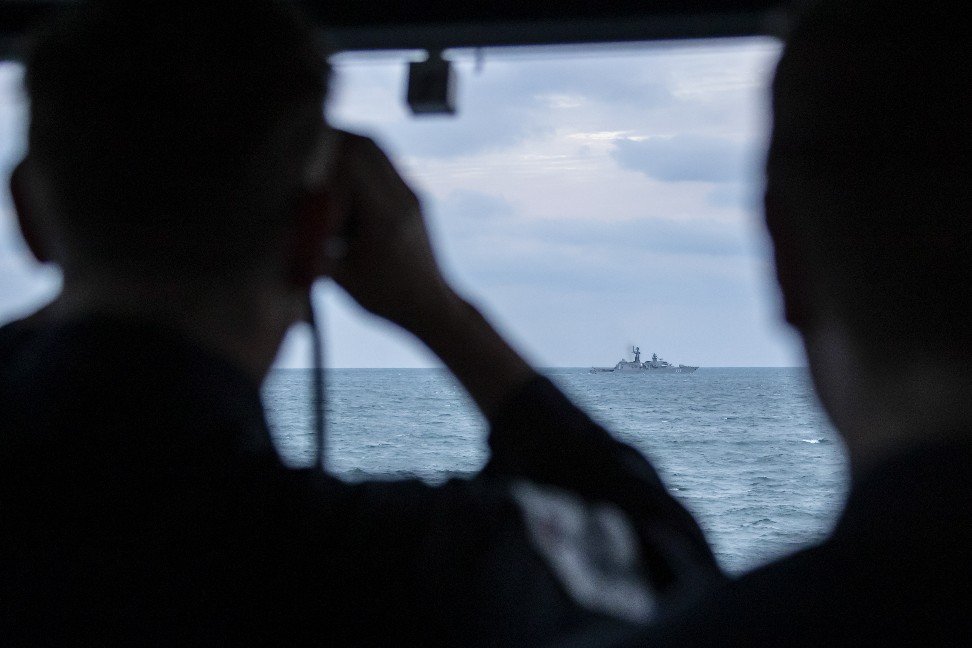 The Portsmouth-based warship was patrolling off the Norfolk coast when she was dispatched to shadow a three-strong group of Russian vessels, headed by the frigate Yaroslav Mudryy. HMS Mersey met up with the Mudryy, plus her supporting tanker Yelnya and the seagoing tug Viktor Konetsky as the trio entered the UK’s area of interest on Saturday and stuck with them as they continued through Dover and into the Channel.

The Mudryy is a Neustrashimyy-class frigate believed to be heading from the Baltic to the Indian Ocean to participate in exercises with the Indian Navy. It is standard practice for Russian warships to be accompanied by support vessels when heading out on prolonged deployments. Mersey was conducting a fishery enforcement patrol when she received the task to meet up with the Russians.

“It is a testament to my ship’s company’s professionalism and commitment that such a small team can switch focus to successfully achieve whatever the nation requires of them,” said Mersey’s Commanding officer Lieutenant Commander Will Edwards-Bannon. “I am very proud of the way they responded to this change in Mersey’s tasking.

“The Royal Navy is used to working alongside our allies to uphold the rules-based international system, both in home waters and around the globe. As ever, I am very grateful to the friends and families of all of us who serve in Mersey for their continued support as we work hard to protect our nations’ interests.”

Although devoting most of her time to safeguarding UK fishing stocks, HMS Mersey has had a varied and busy year, including escorting various other Russian warships, exercises with the Irish Navy and offering support to Border Force in dealing with illegal migration in the Dover Strait.