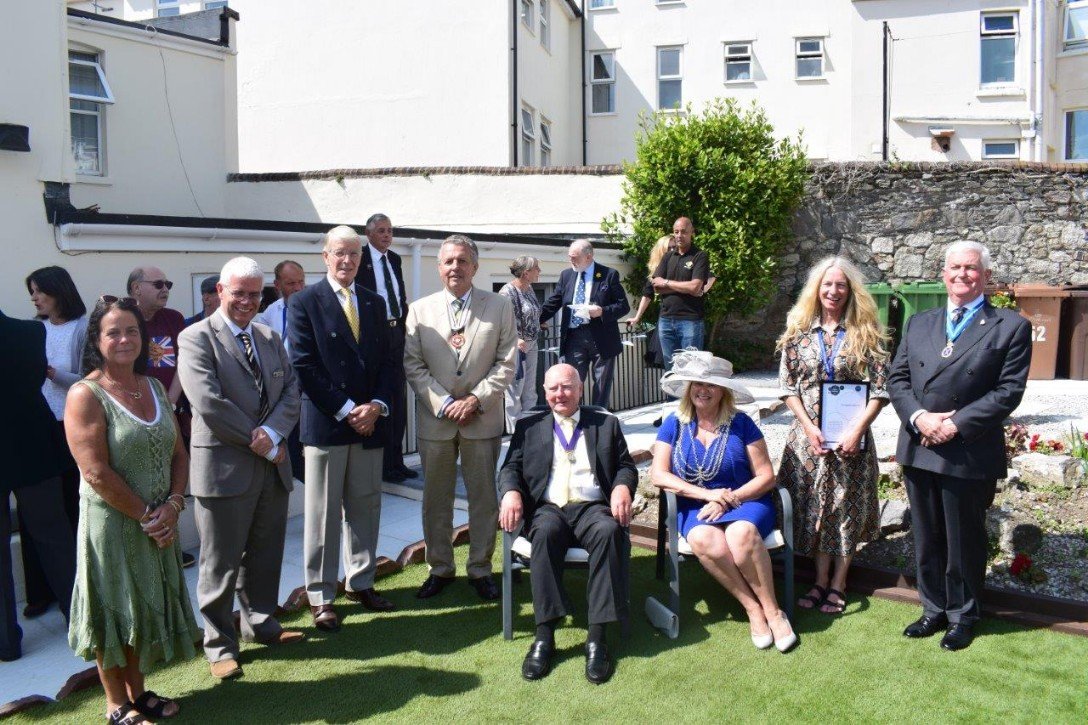 The home in the Lipson area of the city first opened in 2009 and during it’s time of operating, has supported over 150 Veterans to get back in to independent living. Since opening their home in Plymouth, Alabaré have expanded their services for Veterans with a further 22 homes across the South and South West of England and across Wales, which can collectively house 115 Veterans at any one time.

Andrew Lord, Alabaré Chief Executive said: “We are extremely proud in the role we play in giving something back to those who have served our country and helping them to once again live happy and independent lives. One of the first residents we ever supported commented that our homes provided him with hope, honour and respect and 10 years on we are still doing so.”

Alabaré’s Homes for Veterans not only provide Veterans with accommodation but also help sign post them with external agencies including counselling services, drug and alcohol support groups, Citizens Advice and NHS services. Alabaré’s services for Veterans are supported by a number of other military including the Royal British Legion, Help for Heroes, The Royal Navy and Royal Marines Charity and ABF Soldier’s Charity.

One of the Veterans who has benefitted from Alabaré’s support is Richard, who joined the Army when he was just 17. He served tours in Bosnia, Kosovo, Northern Ireland, Sierra Leone, Iraq and Afghanistan before an improvised explosive device changed the course of his life forever. The incident left him with shrapnel displaced in his back and legs and ultimately the injuries took their toll as he was medically discharged.

Upon returning home Richard’s condition worsened as he became bed-bound. The stress of the situation had an impact on his relationship with his wife and ultimately led to their separation. Admitted to hospital, Richard has become bed-bound and required support to be able to walk again. Upon being discharged from hospital, he had nowhere to turn to and was faced with the prospects of having to live on the streets.

However with the support of our staff, Richard gradually built back up his confidence and sense of purpose. Working to a dedicated support plan with his key worker he began volunteering with Alabaré, giving him a meaningful use of his time and something to focus on. Richard has now got himself a full-time job within the charity as well as his own accommodation and can’t thank Alabaré enough for their support:

“Alabaré has picked me up and put me on the right path. The support network has been second to none and it’s onwards and upwards from here.”