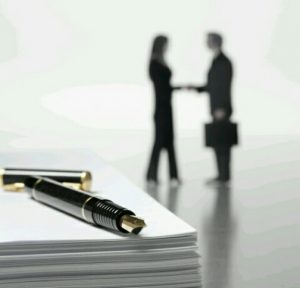 Most of you will think you are far too young for us to remind you about the State Pension but it is never too early to be aware of the rules surrounding it and how to check the contributions you have made to date.  In this article Mary Petley of the Forces Pension Society provides a recap of the 2016 changes to State Pension provision which introduced the Single Tier Pension and explains how you can keep an eye on your entitlement.

What will I get for my money?

How long do I have to pay to qualify for the Single Tier Pension?

So, if I have a mixture of ‘old’ and ‘new’ NICs, how will my State Pension be worked out?

In 2016 the DWP sent everyone a notice of their ‘foundation amount’ which took account of all NICs paid up to 6 April 2016.  As long as you pay for a total of 35 years, with just over 8 years at the higher rate, you will qualify for the full Single Tier Pension.

Will my AFPS pension be affected when I claim my State Pension?

Do I have any choice about paying NICs?

I am afraid not.  We all have NICs deducted from our pay as long as we are working.  Class 1 NICs stop at State Pension Age, irrespective of whether you continue working or not.  If you are considering self-employment, you can pay either Class 2 or Class 4 NICs.

Class 1 applies to employees earning over £184;

Class 2 applies when your earnings from self-employment are over £6,515 but less than £9,568.  Those earning less than that amount can pay Class 3 (voluntary) contributions;

Class 4 applies when your profits from self employment are £9,568 or over.

The thresholds are normally revised each April and, with effect from 6 April 2022, there will be a Health and Social Care Levy of 1.25%  added to the NICs of Class 1 and Class 4 NIC payers.

How can I check that my contribution record is correct?

It is a good idea to check your contribution record and there are several ways to do it.  You can write to the National Insurance Contributions Office at:

Or you could ring them.  The phone numbers are:

What if I find that there are gaps in my record?

If you have had no breaks in your Armed Forces service, your NIC record for that period should be complete.  If it is not, you need to challenge it and you will probably need the help of DBS to prove  what has been paid on your behalf.

What if those gaps are correctly shown?  Can I pay extra to fill them?

I am going to live abroad.  Does my NIC record just get frozen?

You have a choice.  You can either leave the number of NICs you have paid as they are – in which case, when you get to State Pension Age, you will get the proportion of the full rate that you have paid for.  Alternatively, you can pay Voluntary Contributions and information about this can be found by following the link above.  If you are working whilst abroad, paying Voluntary Contributions to the UK State Pension does not prevent you from paying into the state system for the country in which you live.

If I am living abroad, does my State Pension get paid in the same way as if I were in UK.

It is a long way off, but how do I claim?

When you are ready to claim your State Pension, information about the various methods of claiming (from UK or overseas), including links to the claims forms, can be found at https://www.gov.uk/new-state-pension/how-to-claim .

If you are a member of the Forces Pension Society and have further questions about your AFPS benefits, email us on pensionenquiries@forpen.co.uk .  If you are not a member but would like to learn more about us, visit our website www.forcespensionsociety.org