The UK State Pension – The Lowdown

This month’s Forces Pension Society column inside Pathfinder International magazine sees writer Mary Petley look at the pension we all get from the state and the facts and figures on this. 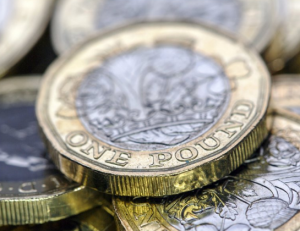 Most of you will think you are far too young for us to remind you about the State Pension but it is never too early to be aware of the rules surrounding it and how to check the contributions you have made to date. In this article Mary Petley of the Forces Pension Society provides a recap of the 2016 changes to State Pension provision which introduced the Single Tier Pension and explains how you can keep an eye on your entitlement.

So, first, the changes. Before 6 April 2016 what we all understood as the State Pension was made up of two parts: the Basic State Pension and Second State Pension (S2P) designed to supplement the Basic State Pension.   Everyone (save the very low paid) paid a minimum level of National Insurance Contributions (NICs) which counted towards their Basic State Pension. However the same was not true of the S2P. Many employers’ pension schemes, including all in the Armed Forces Pension Schemes, were “contracted out” of S2P.  The benefit of being “contracted out” was that the scheme members paid 1.4% less NICs than was otherwise the case. The downside was that members received a smaller overall State Pension. From 6th April 2016 this ceased and everybody in the UK who pays Class 1 NICs pays them at the same, higher, rate towards their Single Tier Pension entitlement. That means that all, except those who joined after that date, will have a combination of ‘old’ and ‘new’ contributions.  The following Q&A covers the sort of questions that have arisen since the changes took effect.

What will I get for my money?

Do I have any choice about paying NICs?

I am afraid not. We all have NICs deducted from our pay as long as we are working.  Class 1 NICs stop at State Pension Age, irrespective of whether you continue working or not.  If you are considering self-employment, you can pay either Class 2 or Class 4 NICs.

Class 1 applies to employees earning over £166 a week;

Class 2 applies when your earnings from self-employment are over £6,365 but less than £8,632 a year. Those earning less than that amount can pay Class 3 (voluntary) contributions;

Class 4 applies when your profits from self-employment are over £8,632 a year.

And how long do I have to pay to qualify for the Single Tier Pension?

Even though you will have been paying NICs at the lower rate before 6 April 2016, as long as you pay for a total of 35 years, with at least 8.2 years ( as at Nov 2019) at the higher rate, you will qualify for the full Single Tier Pension.  Remember that, even if you reach the 35 year target, if you are still working and under State Pension Age, you will continue paying NICs (see the answer above).

What about those with a short working life – what will they get?

Those who pay in for a total of 10 years but less than 35 will get a proportion of the full Single Tier Pension. Anyone who has less than 10 years’ contributions in total or from April 2016 will not qualify for anything from the new scheme.

How can I check that my contribution record is correct?

It is a good idea to check your contribution record and there are several way to do it. You can write to the National Insurance Contributions Office at:

Or you could ring them. The phone numbers are:

Or you can check online: https://www.tax.service.gov.uk/check-your-state-pension .

Remember, if you paid the higher rate NICs before joining the Armed Forces or, perhaps, during employment between periods of service, these higher rate contributions should appear in the record.

What if I find that there are gaps in my record?

If you have had no breaks in your Armed Forces service, your NIC record for that period should be complete. If it is not, you need to challenge it and you will probably need the help of DBS to prove what has been paid on your behalf.

What if those gaps are correctly shown? Can I pay extra to fill them?

Normally, yes. You can buy back up to 6 years NIC ‘cover’ by means of paying Voluntary Contributions (Class 3 NICs).  I use the word ‘normally’ because of an old provision which allowed a married woman to opt to pay reduced rate NIC and rely on her husband’s contributions towards the married couples’ pension.  These provisions ceased many years ago but there will still be some amongst you who either paid a reduced contribution for a while or had a wife who did so.  The position is that, if a married woman opted to pay reduced NICs, the rules will not permit her to pay a top up or buy back those years.  More information about Voluntary Contributions can be found at https://www.gov.uk/voluntary-national-insurance-contributions .

I am going to live abroad. Does my NIC record just get frozen?

You have a choice. You can either leave the number of NICs you have paid as they are – in which case, when you get to State Pension Age, you will get the proportion of the full rate that you have paid for.  Alternatively, you can pay Voluntary Contributions and information about this can be found by following the link above.  If you are working whilst abroad, paying Voluntary Contributions to the UK State Pension does not prevent you from paying into the state system for the country in which you live.

If I am living abroad, does my State Pension get paid in the same way as if I were in UK.

Yes. You will get your State Pension paid at the same age and at the same initial rate as if you had remained in the UK – remember, if you haven’t paid 35 years contributions, with at least 8.2 years work of contributions at the higher rate of contributions, you will not get the full £168.0 per week.  However, although the initial rate of State Pension will be the same rate as if you remained in UK, in certain countries, you will not get the annual increase to your state pension that UK residents receive.  To find out more about the State Pension for those living abroad, visit https://www.gov.uk/state-pension-if-you-retire-abroad .

It is a long way off, but how do I claim?

When you are ready to claim your State Pension, information about the various methods of claiming (from UK or overseas), including links to the claims forms, can be found at https://www.gov.uk/new-state-pension/how-to-claim .

The Forces Pension Society can assist its members on any AFPS issue.  If you are not a member but would like to learn more about us, visit our website www.forcespensionsociety.org . 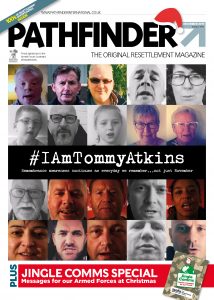