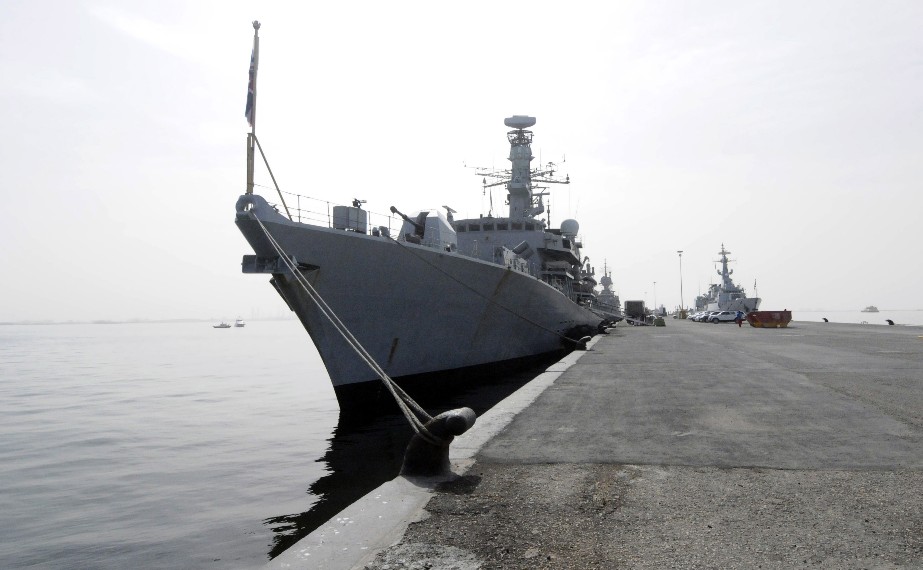 After an epic six-month, 47,000-mile journey from her home in Plymouth, the frigate sailed into the Navy’s new support facility in the Gulf kingdom, the hub of Britain’s naval operations east of Suez.

From there she will conduct regular patrols dealing with drug trafficking in the Indian Ocean, supporting counter-terrorism and counter-smuggling operations, and work with Middle East and allied navies to ensure the safety and security of this key region.

Instead of returning home to the UK after a six to nine-month deployment, Montrose is being stationed in Bahrain until 2022 to ensure a permanent presence and spare warships the lengthy passage to and from Britain, time which could be spent on patrol in the Middle East.

“Today marks a significant milestone for us – it is the end of our global voyage but the start of our period stationed in the Middle East,” said Commander Conor O’Neill, Montrose’s Commanding Officer.

“I am immensely proud of all that we have achieved during our voyage to Bahrain, from hosting royalty in Chile, deepening our relationships with allies, sharpening our war-fighting edge in exercises with the Japanese, to our success enforcing sanctions against North Korea.”