The end of June was a busy period for Pathfinder magazine. 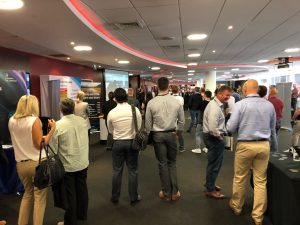 Not only were we official media partners for the National Armed Forces Day Event held in the host city of Salisbury this year, Pathfinder held our third Armed Forces & Veterans Resettlement Expo at St Mary’s Stadium, Southampton, the day before Armed Forces Weekend kicked off.

An array of exhibitors were present on the day to offer advice from careers to pensions to general welfare, whilst author, adventurer and Pathfinder columnist, Jordan Wylie delivered a rousing speech on his own resettlement journey, rounded off by Dan Arnold from Portsmouth based, All Call Signs, informing us all of their great work with serving personnel and veterans, directly saving 36 service personnel.

Pathfinder editor, Mal Robinson said: “It was another great event and turn out from exhibitors and attendees. I would like to thank the exhibitors for their support and for people coming on the day to extract as much information on an number of elements that make up the resettlement machine. It was great to see personnel with a few years to go in the military attending, as once you are in that resettlement phase, time goes very fast indeed.