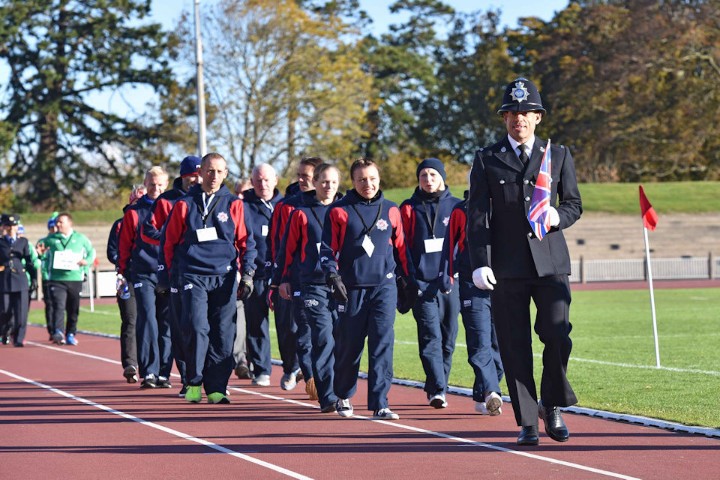 Based in Berkshire, Aaron’s latest exploits include being selected as one of 6 police officers across all forces to represent the UK at the European Police Marathon Championships in Dublin in October, which was incorporated within the annual Dublin Marathon.

Aaron said: “The day before the race was the opening ceremony and, as the first MDP officer to represent the UK, I was given the honour of carrying the flag. Going into the marathon I knew the course was undulating but was still hoping to better last years’ time of 2:32:41 set in Frankfurt.

“The conditions were perfect and the race itself went to plan and I achieved a new personal best of 2:31:26. I came 12th out of 140 within the Police Championships and 45th out of 16,000 overall. As a team we won Bronze in the men’s team and Gold in the women’s.

“It was the UK’s best ever medal haul! Looking back on the weekend it was a fantastic event to be part of. I would like to thank all my work colleagues for their support and also the MDP Sports Association for its continued sponsorship.”