Pathfinder International has been speaking to a range of sponsors and partners for the National Armed Forces Day Main Event, this year taking place in Scarborough from June 24-26.

Editor, Mal Robinson spoke to the CEO of NAAFI, Steve Marshall, to chat about the Armed Forces Day event, some major plans for NAAFI and news of a Royal title.

We begin our conversation talking about the relevance of Armed Forces Day and why it is so important to NAAFI?

“We are in the in-house providers to the MOD for soft facilities management, Retail, leisure and catering services, so we are part of the Armed Forces. In many ways, it is more surprising that we have not been involved in previous years as much as we would have liked to and the reason for that was there were question marks around NAAFI’s future role past 2020 and now this has been solved, we are very much looking forward to support” begins Steve.

It is a great opportunity to remind people that NAAFI is still here, doing well and a big part of the future.”

I recall my own experiences of NAAFI to Steve, having enjoyed time in Germany with serving siblings, then progressing myself into the forces and the memories of the NAAFI stores still stand out in locations such as Sennelager, my sister actually working in what seemed like a huge department store in the early nineties in the German town.

Whilst NAAFI celebrate a proud and illustrious history with the military, Steve is also keen to stress that whilst NAAFI is famed for its stores and the phrase of a NAAFI break, the company is much more than this in its current guise and for its future business model. 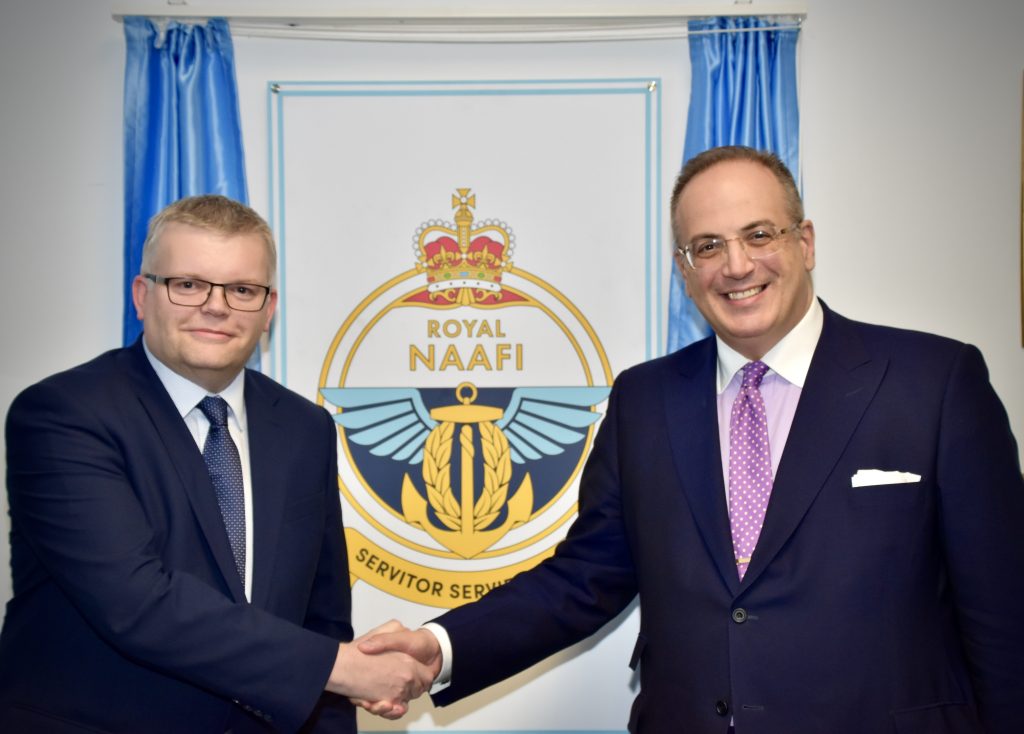 Indeed, NAAFI offers a realm of services many may not be familiar with as Steve takes up.

“NAAFI offers everything from soft facilities management, including building and office cleaning, laundry services, pop up retail facilities for troops on exercise, hospitality services – such as our coffee lounges, catering services (as one of the MOD’s core caterers), mess management and functions, retail services, pubs, wholesale and services for force deployments.”

It is also a sign of the stature in which NAAFI is held in the military community for Her Majesty the Queen to bestow the honour of a Royal Title on the organisation she has been a Patron of since 1952. Now NAAFI will be officially known as The Royal NAAFI.

Speaking at the time of the news announcement earlier in March this year, Minister for the Cabinet Office, Michael Ellis said: “The NAAFI has played a vital part in supporting our Armed Forces for more than 100 years, throughout a number of overseas conflicts.

Receiving the Royal Title is truly a significant honour and it clearly demonstrates how seriously this country takes NAAFI’s continued support for those who have served and continue to serve this country.”

It is this sentiment that belies the thinking behind the highly praised NAAFI fund, as Steve points out.

“The NAAFI fund is one of our ways of giving back in the form of welfare grants and it has enabled many varied projects for serving communities. Everything we do at NAAFI is driven to give back to our military communities and our trading revenue goes back into supporting the forces by investment into facilities we provide, welfare contributions or through the NAAFI Fund.

The NAAFI fund is designed to help serving communities, for the today and now.”

The Royal status is not the only exciting thing going on at The Royal NAAFI now though.

“We have launched our online shopping platform and we are looking to roll out coffee shops across locations with close links to the military, such as Aldershot, Portsmouth, Catterick, Brize Norton, Colchester etc. We will lead this new exciting project from our new headquarters at Fareham, which is a great location within reach of the various Armed Forces commands.

The online platform and shops will look to employ and actively recruit veterans and also spouses and older forces family members who are looking for work and this allows them to follow serving personnel around as they are posted, with the ability to transfer to different locations within the NAAFI. 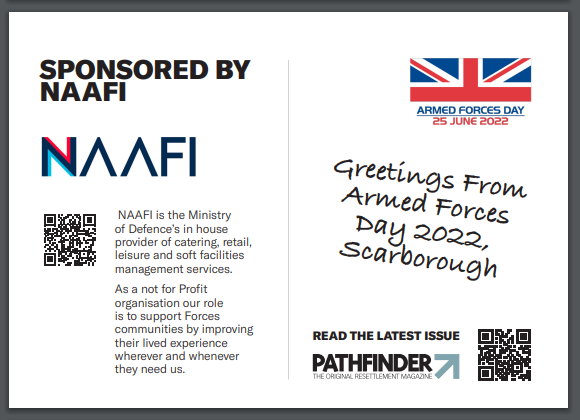 We will also look to stock veteran owned brands and as we currently employ over a third of veterans in our workforce across many roles, we value the experience they bring, whilst also allowing them to learn new skills in retail and commercial aspects from our civilian staff members.”

It seems that the Royal NAAFI is certainly on the up and an exciting brand to be part of not only for Armed Forces Day 2022, but for many years to come.

If you are interested in a career with The Royal NAAFI, please visit the Indeed Job website and search “NAAFI”.

About the NAAFI Fund…

The funding is available to UK Armed Forces wherever they are based in the world and they welcome applications from all Services.

What can be funded?

NAAFI are interested in projects or activities that will bring people together and improve the lived experience.

Examples are as follows:

For further information on the NAAFI Fund and see examples of successfully delivered grants and projects to inspire the next round, please visit www.naafi.co.uk. 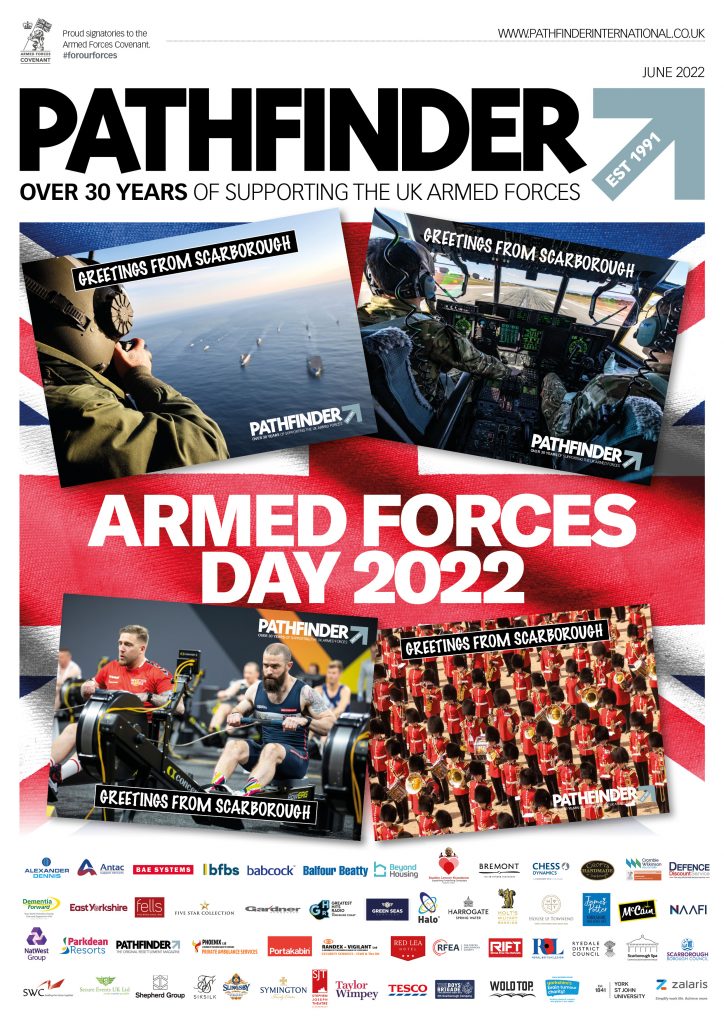