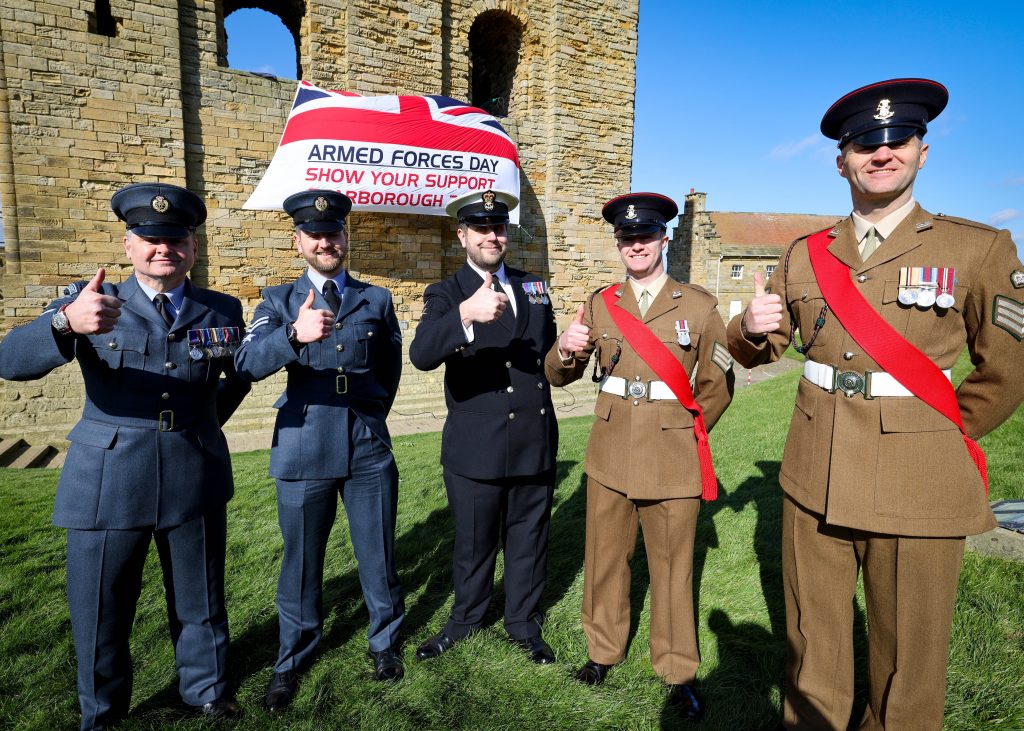 Four buglers from the Royal Marines Corps of Drums performed a fanfare at the ceremony. The Armed Forces Day flag was raised atop Scarborough Castle to begin the countdown to Armed Forces Day 2022.

As the hosts of the Armed Forces Day 2022 national event, Scarborough will welcome hundreds of Armed Forces personnel in a spectacular parade along the seafront on 25 June.

Military personnel from the Royal Navy, Royal Marines, Army and Royal Air Force will join the people of Scarborough to celebrate the unique contribution Armed Forces personnel make to our security and way of life.

They will stand shoulder-to-shoulder with veterans, cadets and Armed Forces families in a nationwide show of support for the entire Armed Forces community. Thousands of members of the public will join the celebrations and witness military displays, tour military equipment and meet Armed Forces personnel.

Armed Forces Day events will be held by communities, organisations and local authorities across the UK this June, in support of the annual event.

“The Royal Navy, Army and Royal Air Force are looking forward to supporting Scarborough Borough Council as we all deliver this year’s Armed Forces Day national event, particularly given the delays over the last two years due to the pandemic.

“Royal Navy Regional Command Northern England has taken the lead for the military planning for the national event. We aim to provide a spectacular series of events, culminating in Armed Forces Day in 100 days’ time, which truly showcases the capabilities of the UK Armed Forces.”

Councillor Eric Broadbent, Mayor of the borough of Scarborough, said:

“The people of our borough are proud supporters of the Armed Forces so it is with great excitement that we prepare to host the prestigious Armed Forces Day national event in Scarborough this year.

“It will be a great honour for us show our appreciation for their outstanding service by welcoming serving personnel, veterans, military charities, special guests and visitors to the town for what promises to be a very special celebration.

“Working with the Royal Navy, Army, Royal Air Force and our partners and sponsors, we are pulling out all the stops to make the 2022 national event truly spectacular.”

We have launched this website – scarborougharmedforcesday.co.uk – which will be the main online source of information about the national event weekend in Scarborough.

In the coming weeks, the website will be populated with the programme and activity listings, details of how to plan a visit to Scarborough, stories from veterans and Armed Forces personnel, community project information, how sponsors are supporting the event and much more.

We are grateful to more than 30 sponsors for their generous support to bring the event to the borough.

“We’re proud to be able to support National Armed Forces Day in Scarborough, which will celebrate the tremendous contribution our service people make to our country.

“At Tesco, we signed the Armed Forces Covenant to show how we value our military personnel. As a veteran working and former chair of our Armed Forces Network, I am extremely proud to work for a business that was recognised with a Defence Employer Recognition Scheme Gold Award for its support of the armed forces community.”

Pathfinder International is proud to be the official media partner for this prestigious national event. 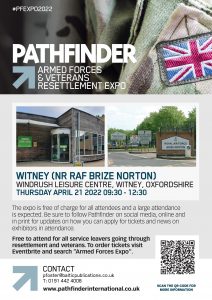 Read the latest issue of Pathfinder International here for free! 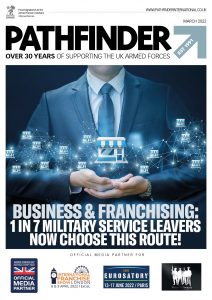