Blind Veteran Is Back In The Saddle 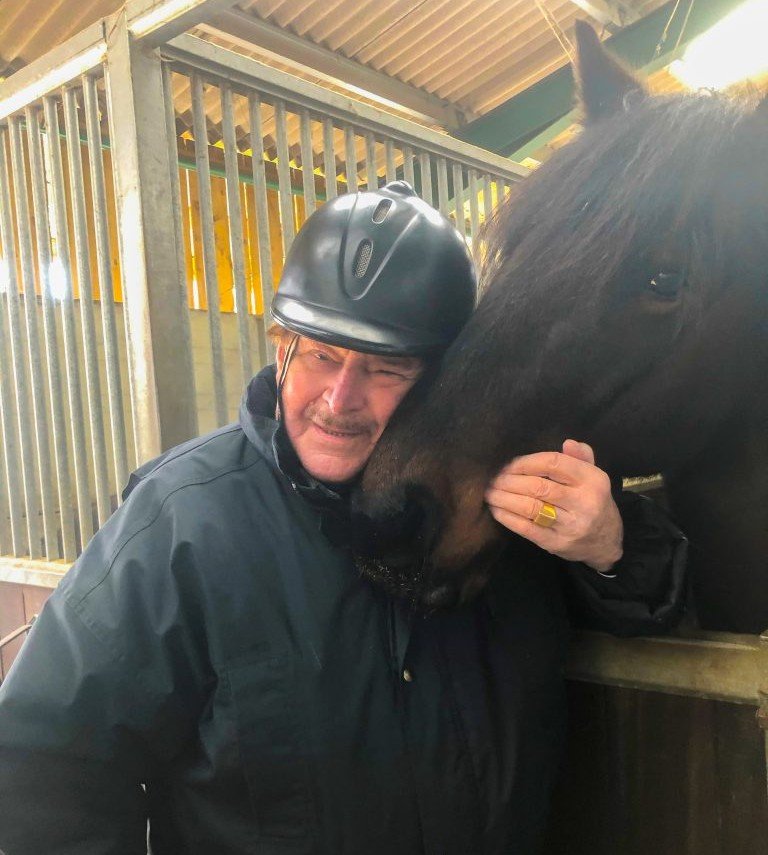 A blind veteran from Merseyside has been able to go horse riding again after over 75 years thanks to Blind Veterans UK, the national charity for vision-impaired ex-Service men and women…

Vernon Kendall, 94, recently completed a horse riding week which was organised by the charity at their rehabilitation centre in Llandudno. Vernon, who spent the week alongside four other blind veterans, said: “I grew up on a farm in Dorset so I was always around horses. I stopped horse riding when I was a teenager because I joined the Royal Air Force. When I lost my sight, I never thought I would ride again”.

Vernon joined the Royal Air Force in 1943. He was based in the UK and did his training in St. John’s Wood, before being discharged in 1947 as a Sergeant Air Gunner. He lost his sight due to Macular Degeneration and Glaucoma in both eyes. Fortunately, Vernon found out about Blind Veterans UK and started receiving support from the charity in 2017.

This was the second year in a row that Vernon has been on the trip and he enjoyed it just as much as the first time: “I loved it! I had a fantastic time. I had previously met two of the other veterans, Peter and Tony, before at the Remembrance march and we all had a great time together. I’ll see them again in a couple of months as we’re all going to a military week at the Llandudno centre”.

Vernon thoroughly enjoyed spending time with the horses as well as the feeling of freedom that comes with horse riding. He enthused: “The staff look after you so well so there’s no way you’re falling off or anything like that! They have a lift which helps you on to the horse and they let you drive a carriage on your own”.

Even though he’s just returned from the trip, Vernon is already looking forward to next year: “I would love the opportunity to go again next year and I’m hoping that Peter and Tony will come along too!”