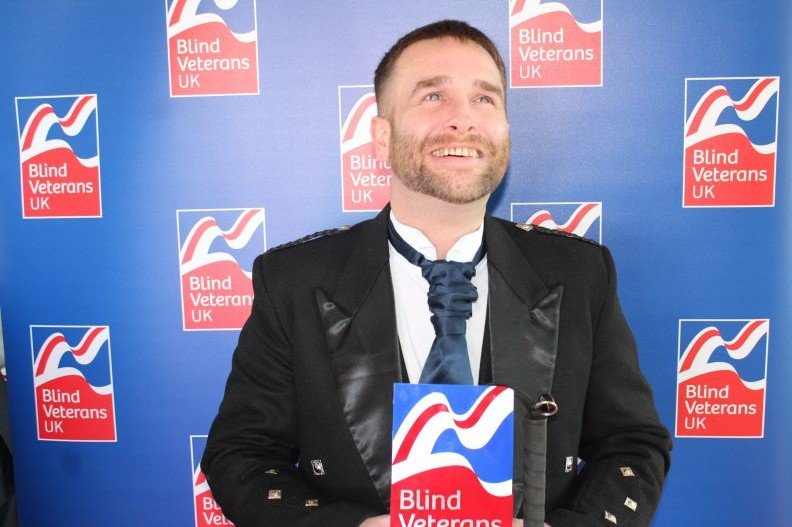 A blind veteran from Fife is taking on London’s Broadgate Tower abseil in order to raise funds for Blind Veterans UK, the national charity for vision-impaired ex-Service men and women…

Garry Cowan, 38, and originally from County Antrim in Northern Ireland, will be taking part in the challenge on Saturday 14th September. He says: “Blind Veterans UK have done a lot for me and have got me back into the world. It is so important that we raise awareness for this great charity.”

Garry served in the RAF from 2000 until 2009 and lost his sight in June 2015 when he contracted chicken pox. Despite having no vision at all in both eyes, he has been climbing with the charity for two years and has competed internationally. He says: “I was ranked 1st in Scotland and 2nd place in the United Kingdom for the Climb Scotland event and the BMC nationals at the end of last year.”

This is not the first time that Garry has attempted such an adrenaline fuelled challenge for charity, as he has already abseiled the Forth Bridge. Garry says: “I did it in the fastest time that anyone had done the abseil. Those who were watching couldn’t believe it was someone who was blind that had come down so fast!”

Although most would consider the Broadgate Tower abseil to be nerve-wracking, Garry only feels excited to complete it. He explains: “I really can’t wait for it and I’m not nervous in the slightest. I am hoping to be down the tower in 40 seconds but it all depends on the winds.”

Garry encourages others to push themselves and brave a similar challenge. He says: “The freedom of it is just mind-blowing. You need to live life rather than just sitting around – you never know what is around the corner. Life is for living. My aim is to raise money to help people in a similar situation to me, as well as encourage others to challenge themselves and try new things.”

You can support Garry and help him reach his target at his fundraising page.