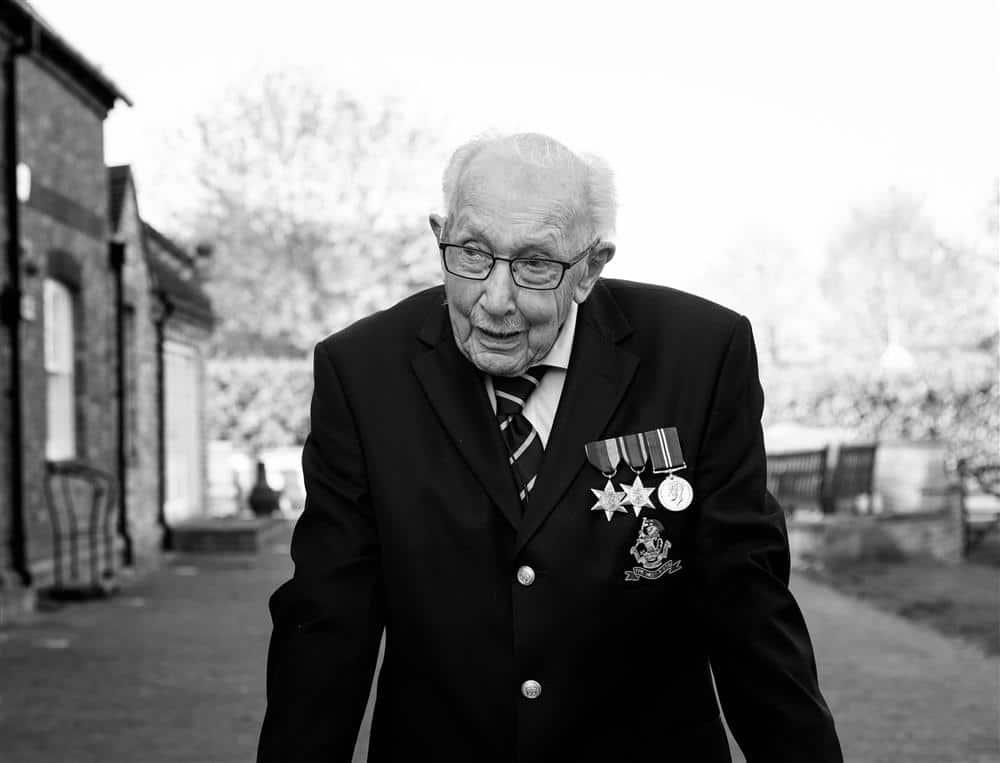 The World War 2 veteran who won the nation’s heart during the initial COVID lockdown by raising almost £33M for the NHS has been given an Honorary Doctorate from the University of Bradford.

Captain Sir Tom Moore was given the degree for services to the community during COVID19 and in recognition of being an outstanding role model for the people of Bradford. Sir Tom hails from Keighley in the region.

On receiving the doctorate, Sir Tom said: “I’m delighted to have been awarded an honorary degree of Doctor of the University of Bradford. Thank you for your kind words referring to me as a great role model for Keighley and for the City of Bradford.”

On addressing the University of Bradford students, Sir Tom added: “To all your students who are graduating and right at the beginning of their careers – remember to have hope in your hearts. I understand times have been challenging recently but they have done so well and I am very excited for what lies ahead for them.”

Captain Sir Tom Moore will receive the honour at a virtual ceremony on December 16.