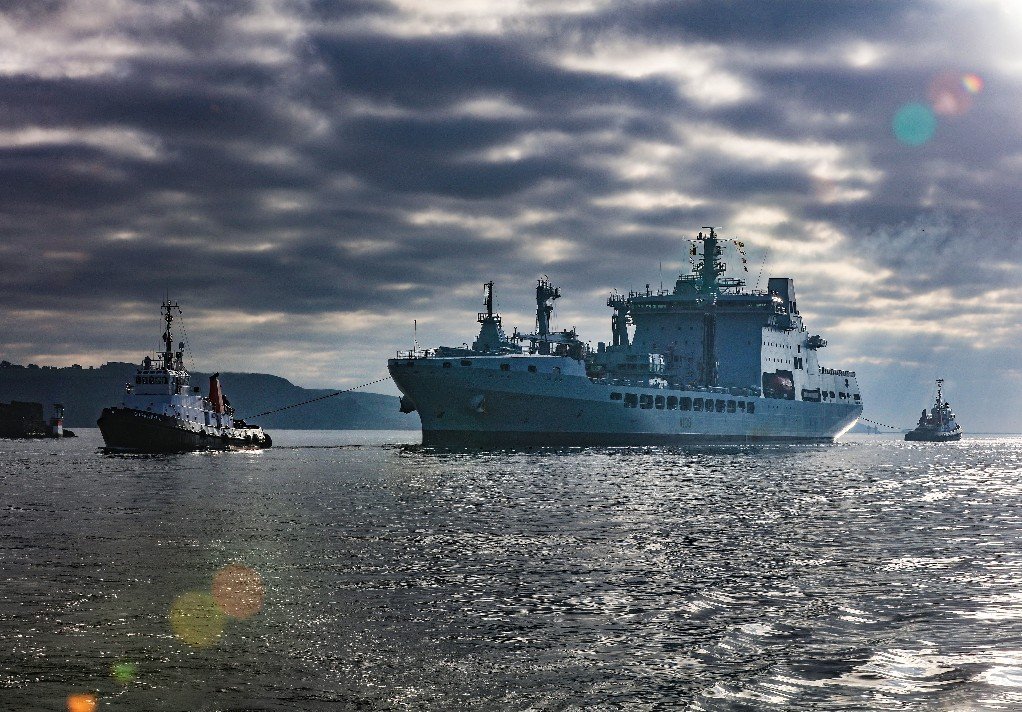 Following HMS Dragon’s return earlier this week, the aircraft carrier made her way into Portsmouth, where she was greeted by sister ship HMS Prince of Wales. At the same time two of her escorts, HMS Northumberland and RFA Tideforce, returned to warm welcomes in Devonport. The ships’ flights made their way to their respective homes at RNAS Culdrose and Yeovilton.

The carrier strike group sailed from the UK in August to conduct operational tests with UK F-35 jets from the UK Lightning Force for the first time. Supporting the strike group units throughout were Merlin helicopters from 820 Naval Air Squadron based out of RNAS Culdrose, providing anti-submarine protection and search-and-rescue capability.

The Commanding Officer of HMS Queen Elizabeth, Captain Steve Moorhouse said: “Homecomings are always a special occasion, but to be returning to Portsmouth with HMS Prince of Wnales welcoming us home makes this a particularly special occasion.

“This has been an extremely successful deployment for HMS Queen Elizabeth. Embarking UK F-35 Lightning jets for the first time and integrating them within the carrier strike group is a significant milestone and we are well set for an equally demanding 2020 and our first operational deployment in 2021.”

Commander of the Air Group, Captain James Blackmore, added: “The five-week period of operational tests with UK F-35s from the UK Lightning Force was significant and historic. As the last pilot to fly Harrier from the deck of HMS Ark Royal in 2010, it filled me with tremendous pride to see UK fixed wing aircraft operate once more from a British carrier.”