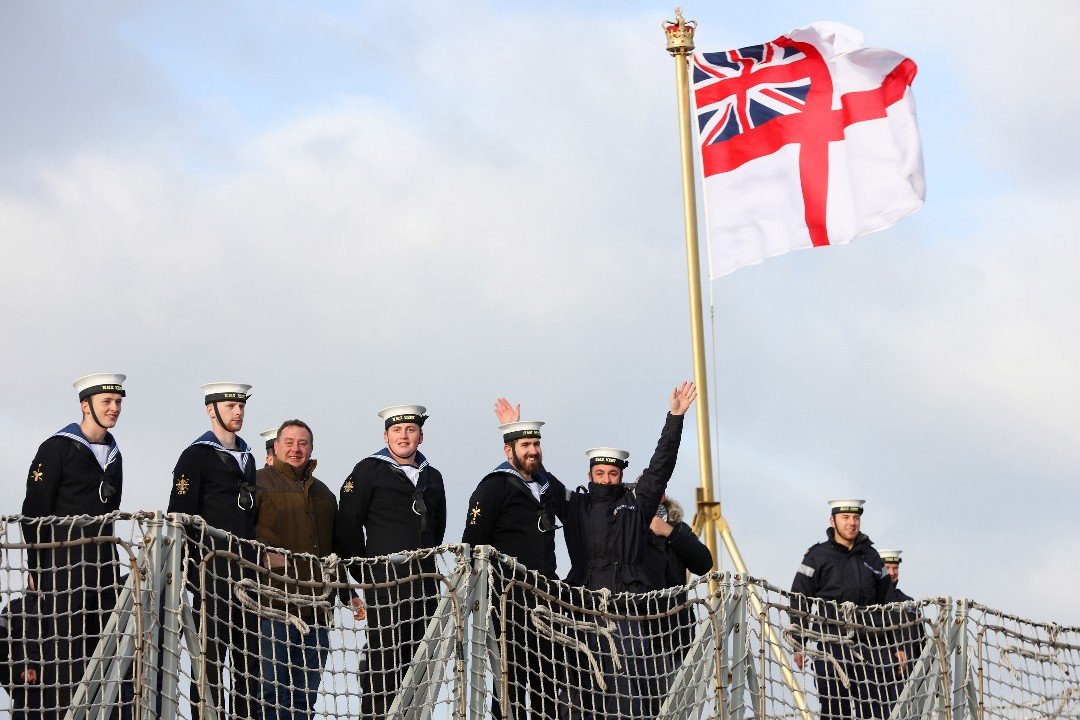 There were cheers, tears and at least one proposal of marriage as HMS Kent returned home to Portsmouth…

A four-month stint guarding shipping entering and leaving the Gulf ended – and with it a hectic 2019 for the frigate – when she came alongside the naval base’s South Railway Jetty, where well over 200 friends and family were waiting on a blustery, grey December day to be reunited with their loved ones.

Second down the gangway behind the frigate’s Commanding Officer Commander Andrew Brown was Leading Engineering Technician Jordan Andrews who, to the applause of the rest of the 200-strong ship’s company, got down on one knee, whipped out a ring he’d purchased in Dubai, and asked his long-term girlfriend to marry him.

“Proposing today was always part of the plan – I thought I would make the most of the homecoming. I’m so pleased she said yes!” said an emotional Jordan.

Having clocked up 46,100 miles at sea in 2019 and guided his ship into and out of 17 ports, Commander Brown was delighted his men and women could finally enjoy some rest, mission accomplished: “I could not be prouder of the ship’s company who have all repeatedly risen to every challenge presented to them and I wish them and all their friends and families a happy Christmas with their loved ones,” he said.