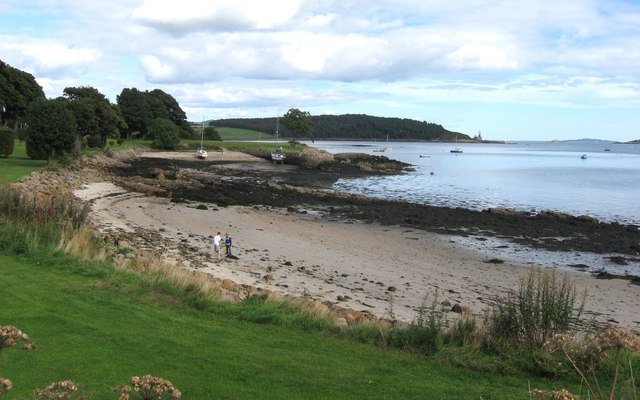 The beach at Dalgety Bay is contaminated with radium, which needs to be removed. It has been agreed with the Scottish Environment Protection Agency (SEPA) and Fife Council that the Ministry of Defence is best placed to remove the contamination. This is being done on a voluntary basis.

The £10.5-million contract has been awarded to Balfour Beatty, with the first phase of work scheduled until 30 September. Work cannot take place during the winter months as Dalgety Bay is then home to wading birds which over-winter there. The project will then recommence in April for a further 6 months.

This 6 month work schedule will continue until the work is complete. The project will clear the beach of contaminant material and put a barrier in place to prevent any other material coming to the surface. The jetty and slipway will also be replaced.

Steve Ritchie, DIO’s Project Manager, said: “Throughout this process, DIO has worked closely with relevant public bodies, including SEPA and Fife Council, as well as local landowners. We’re pleased to be able to make a start on this important work and look forward to its planned completion.”

Calum MacDonald, SEPA Executive Director, said: “Every day SEPA works to protect and enhance Scotland’s environment. We welcome the Defence Infrastructure Organisation’s announcement that the contract that will allow remediation at Dalgety Bay to begin has been awarded.”

Image © Copyright Frank Smith and licensed for reuse under this Creative Commons Licence.