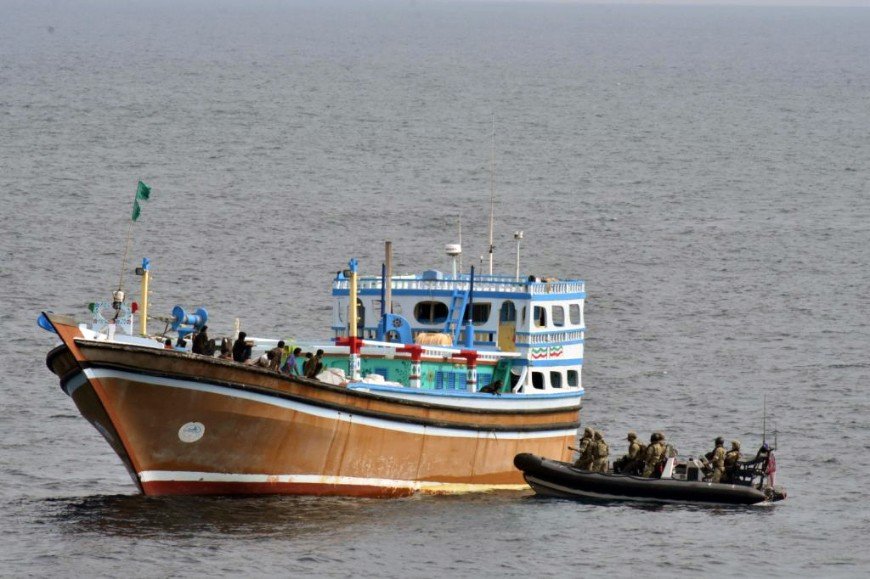 British Sailors and Royal Marines operating over the festive season have dealt a blow to terrorists with a £3.3m drugs bust in the Middle East…

The crew of destroyer HMS Defender pounced on a suspicious dhow as they swept the northern Arabian Sea for smugglers and traffickers. A day-long search by the Portsmouth-based warship’s boarding teams ended in success with 11 bags of crystal meth discovered – worth an estimated £3.3m had they made it to the streets of the UK.

Armed Forces Minister Anne-Marie Trevelyan said: “Thanks to HMS Defender and her crew, these drugs will be kept off the streets and the criminal gangs behind this poisonous trade will have suffered financially. It is a clear reminder at this time of year that our Armed Forces are working tirelessly to keep us safe.”

HMS Defender’s success came thanks to the alertness of her helicopter crew during a dawn patrol over the northern Arabian Sea. Their Wildcat located a solo dhow not flying any flag or showing any evidence that it was carrying out any fishing.

That prompted the destroyer to investigate, sending Royal Marines across in sea boats to secure the dhow and its crew, and Royal Navy sailors to conduct a thorough search of the vessel while the Wildcat hovered overhead to provide protection. The sailors located 11 mail-bag-sized sacks, some weighing up to 15-20 kilograms and suspected of containing crystal methamphetamines. The total haul was 131kg.

“After all the training and preparation, it was fantastic to have the opportunity to demonstrate our capability with a successful boarding. It’s the best Christmas present we could hope for,” said Lieutenant Ben Clink, the officer in charge of the Royal Marines detachment aboard Defender.

The destroyer’s Commanding Officer, Commander Richard Hewitt, added: “I am really proud that HMS Defender has been able to interdict such a significant quantity of drugs and prevent it reaching the UK streets. It goes to show that even over the festive season, the Royal Navy is at sea 24/7 protecting the UK’s interests.”

HMS Defender has been deployed to the Middle East since August, devoting the bulk of her time to safeguarding merchant shipping entering and leaving the Gulf through the Strait of Hormuz. Most recently she’s joined an international task force dedicated to stopping terrorists smuggling arms, people or drugs in the Indian Ocean.