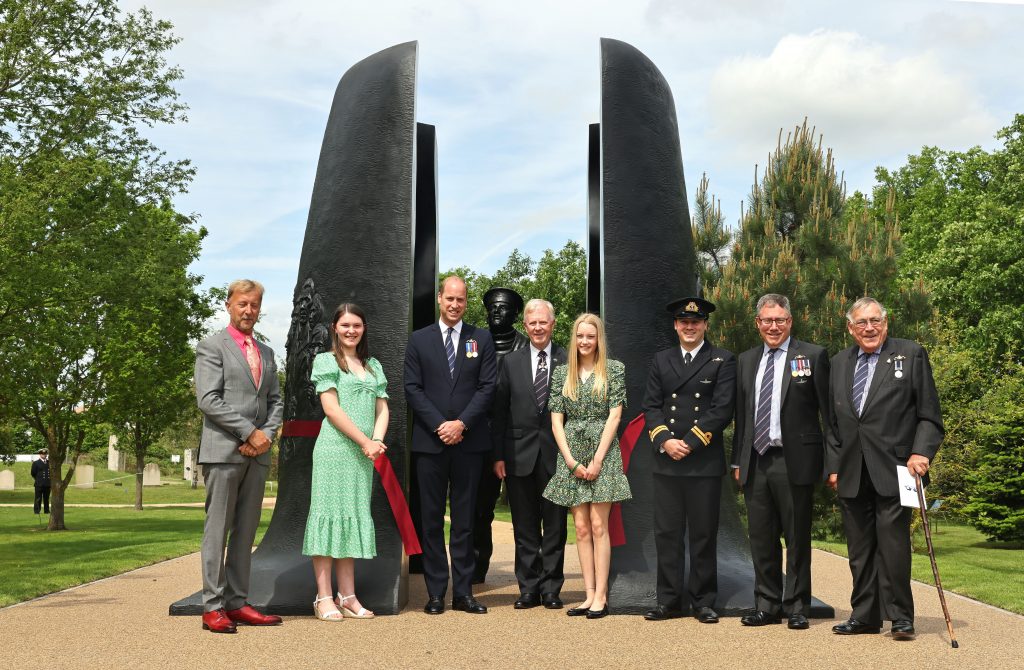 Pictured: HRH The Duke of Cambridge and the winners of the memorial competition.

The Duke of Cambridge today unveiled the imposing new Submariners Memorial at the National Arboretum in Staffordshire – a focal point for all who serve/have served with the waves above them to contemplate separation and sacrifice which has characterised the Royal Navy’s Submarine Service since it was established in 1901.

Nearly 400 submariners past and present, family members, and VIPs converged on the site at Alrewas for the formal dedication of the monument in the presence of the Service’s Commodore-in-Chief, just a couple of years after the plan for a central memorial was suggested. Since then a national competition has been run to design the structure – fittingly the brainchild of a family who are Silent Service through-and-through – and more than £400,000 raised by an appeal to realise that vision.

Paul Day, behind the Battle of Britain Memorial on London’s Embankment and the Meeting Place sculpture at St Pancras Station, turned the sketches and concept into a full-sized monument.