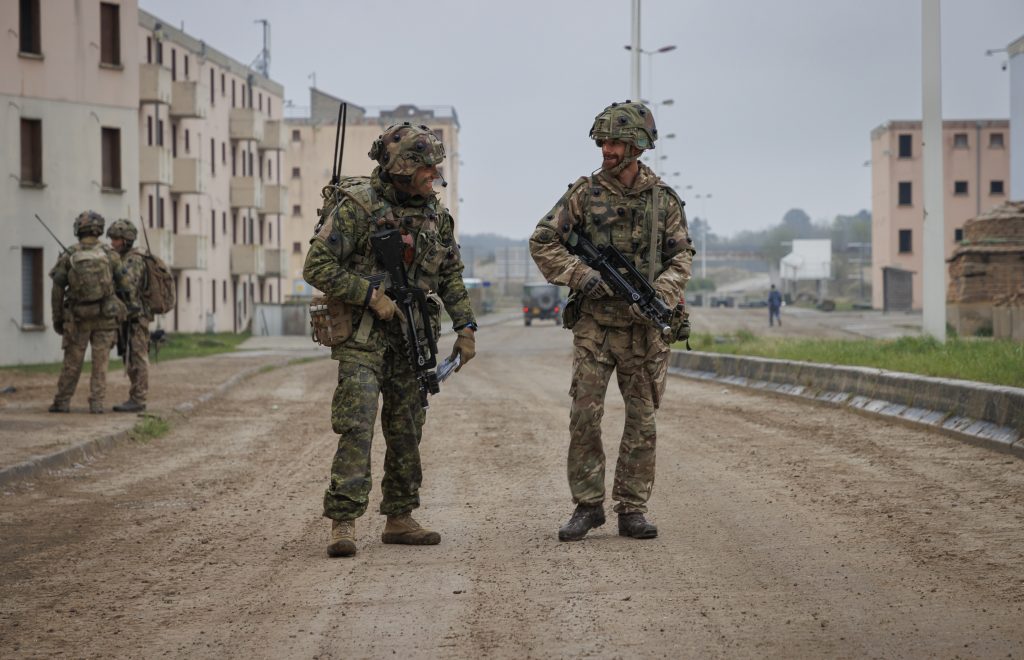 Pipe Major Grant walks and talks with a French soldier before the start of one of the scenarios during Exercise GAULISH in France.

The deployment will incorporate elements from the wider army including interpreters and attached Combat Service Support Force Elements (CSS FE). Ex GAULISH aims to complete the multi-national training plan as directed by the Land Warfare Centre (LWC). A Coy took part in bi-lateral training with their French partners in the urban environment to enhance interoperability and build on their operational capacity.

Ex GAULISH demonstrates our ability to deploy overseas and work with our CJEF partners, France. The CJEF highlights the close military co-operation that has been enabled by the Lancaster House Treaties, which were signed on 2 Nov 2010. France and the UK are committed to training their Armed Forces together to enable a credible and effective CJEF. The ability to be interoperable with allies is key to the future security of both the UK and France.