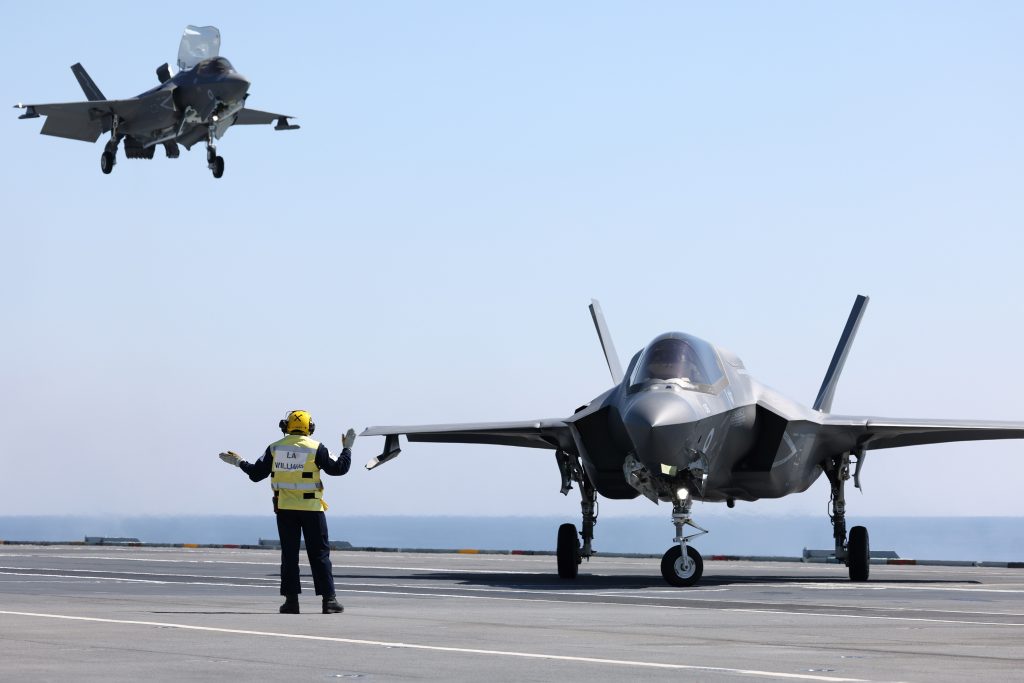 F-35B Lightning fast jets will be the cutting edge of the Carrier Strike Group’s (CSG21) formidable power in the air.

These are next generation multi-role combat aircraft equipped with advanced sensors, mission systems and stealth technology, enabling them to carry out intelligence, surveillance and reconnaissance tasks.

This will be the first time UK fighter aircraft are embarked on an operational aircraft carrier deployment since 2010, and will be the largest number of F-35Bs ever to sail the seas.

The renowned 617 Squadron RAF (‘The Dambusters’) will operate the jets to provide tangible and impactful support to counter-Daesh operations in Iraq and Syria.

“The F-35B Lightning jets will pack a potent punch against Daesh and help prevent them from regaining a foothold in Iraq.

“This is a prime example of the UK Armed Forces stepping forward with our allies to confront persistent threats around the world. It is Global Britain in action.”

CSG21, led by HMS Queen Elizabeth, is the largest concentration of maritime and air power to leave the UK in a generation and will set sail next month on its first operational deployment.

This is a joint Royal Air Force and Royal Navy deployment which is committed to confronting persistent threats around the world and make a meaningful contribution to global security.

The F-35B Lightning jets, which will operate from HMS Queen Elizabeth throughout the deployment, will make a significant contribution in degrading Daesh.

“This deployment represents the embodiment of the UK’s Joint Expeditionary Capability and utilising the F-35Bs in the fight against Daesh will further demonstrate our commitment to securing their global defeat.”

March 2021 saw the second anniversary of Daesh’s final and total loss of territory in Syria. However, there remain significant numbers of Daesh terrorists in Iraq and Syria.

The UK remains committed to defeating Daesh and enhancing security in the region, alongside the Iraqi Security Forces and our NATO allies.

Operation Shader is the UK’s contribution to the Global Coalition against Daesh.