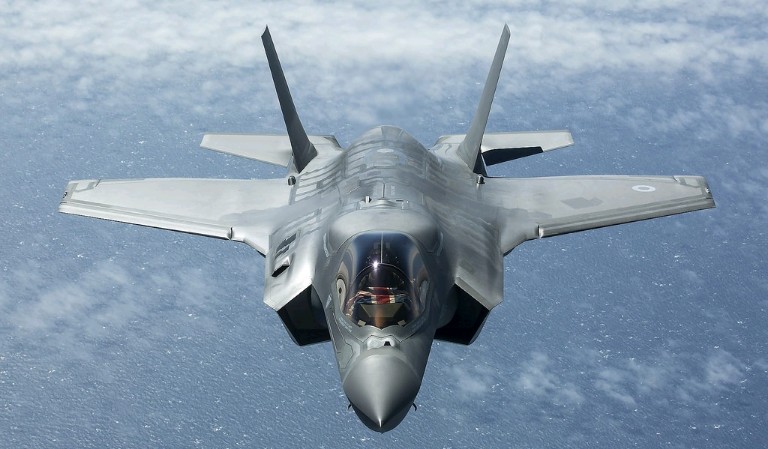 Defence Secretary Gavin Williamson said: “These formidable fighters are a national statement of our intent to protect ourselves and our allies from intensifying threats across the world. This deployment marks an important milestone in this game-changing aircraft’s journey to becoming fully operational.”

Owned and operated by the RAF, the Lightning Force is jointly manned by both the Royal Air Force and the Royal Navy. This deployment will allow personnel from both services to gain vital experience in maintaining and flying the aircraft in an unfamiliar environment.

The deployment will also train and test all aspects of moving this aircraft to a new location, including logistics, maintenance, and sustainment of all the equipment and crew that comes with this impressive aircraft.

The Lightning is the first to combine radar-evading stealth technology with supersonic speeds and the ability to conduct short take-offs and vertical landings. With the ability to operate from land and sea, the F-35 forms a vital part of delivering a ‘carrier strike’ capability to the UK when combined with Britain’s new Queen Elizabeth Class aircraft carriers.