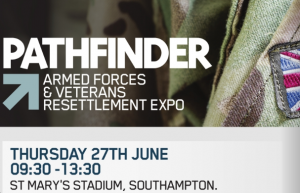 The event is free for all of the military community to attend and will feature advice and networking opportunities on anything from careers to training to general welfare and support.

Today, the first set of exhibitors for the show have been announced. 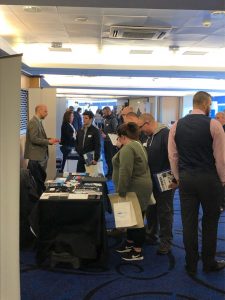 Pathfinder International editor, Mal Robinson, said: “The resettlement expos have been a huge success so far and we are excited to bring the event down to Southampton in June. It is an event for the military community and anyone connected to the forces in any way, be it veterans or dependents are encouraged to come along.”

The first seven exhibitors announced then are as follows.

DSTL carries out a broad range of work from high-level analysis to support Ministry of Defence policy and procurement decisions, to technical research in defence areas such as biomedical science and electronics, alongside operational work such as forensic analysis of explosives and providing paid volunteer scientists to Iraq and Afghanistan to provide rapid scientific advice to British forces. It has done work for around 40 government departments and agencies including the Home Office and Department for Transport. It undertakes research with both industry and academia to achieve its role.

AWE plays a crucial role in national defence. They have been at the forefront of the UK nuclear deterrence programme for more than 60 years. Supporting the UK’s Continuous At Sea Deterrence programme and national nuclear security are at the heart of what they do.

Their team of world-renowned scientists, engineers and specialists undertake critical work, providing and maintaining warheads for Royal Navy submarines – everything from design and manufacture to in-service support and decommissioning.

Old Mutual Wealth provide long-term investment solutions to help you achieve the lifestyle you want for you and your loved-ones. There is no such thing as ‘one size fits all’, so it’s important that you identify and define your personal financial goals with the help of a financial adviser.

Step into Health has been created because the NHS recognises the transferable skills and cultural values that the Armed Forces community develop, and how they are compatible with those required within NHS roles.

Step into Health is open to all service leavers, veterans and their families. It is an incredible opportunity in which employers are working with the Armed Forces community to provide career and development opportunities within the NHS.

The College is based on four main campuses in Trowbridge, Chippenham, Lackham and Salisbury and offers a wide range of apprenticeships as well as full-time, part-time and university level courses.

The Society started life in 1946, formed then to campaign for better Service pensions in the aftermath of the War. The Society performs two principle functions:

It is a WATCHDOG, scrutinising the actions of the MOD and government to make sure that they apply the rules concerning Armed Forces pensions fairly and consistently and that the rules themselves are appropriate.

The Society also acts as a GUIDEDOG for its members. This means answering their questions about their particular pensions issues, enabling them to seize control of their destiny and make informed decisions about their future. Armed Forces pension schemes are consciously used as a manning and retention tool and also provide an income stream earlier than most civilian schemes.

It was named by the Health Service Journal as one of the top hundred NHS trusts to work for in 2015. 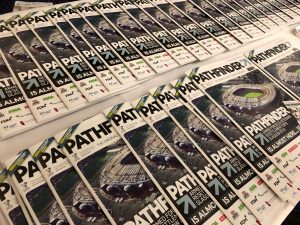