Most of the veterans who arrive at Launchpad’s Avondale House in Newcastle are homeless and turn up with nothing but the clothes on their backs. 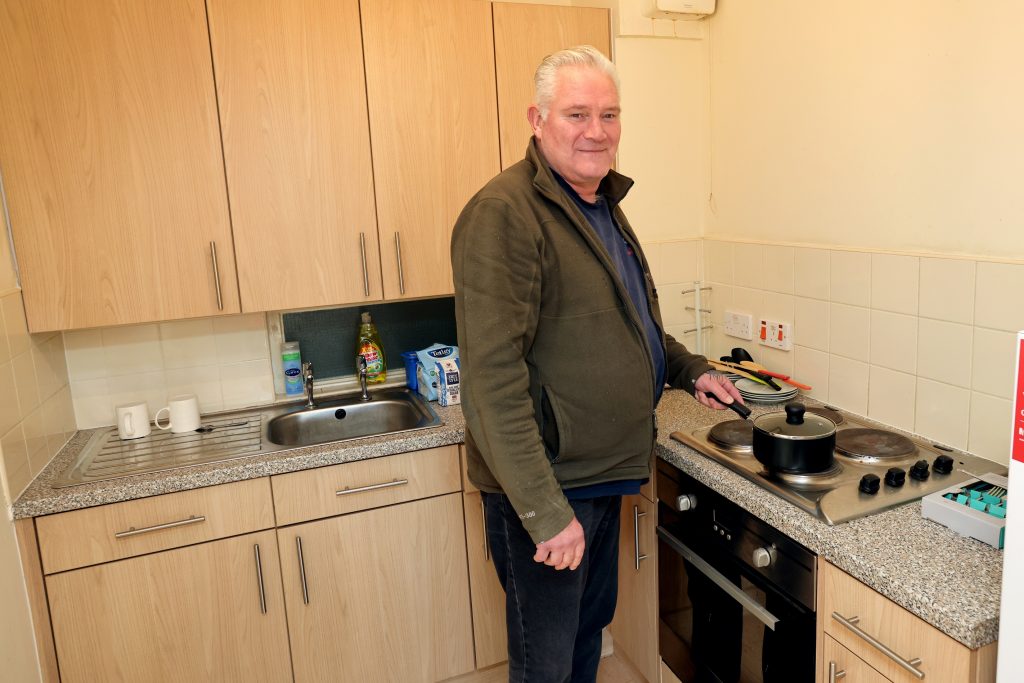 The charity exists to provide safe, secure accommodation and support to help veterans to live independently and successfully transition back into civilian life. A warm flat, a hot cup of tea and a comfortable bed to lie in is welcomed by all, especially if it’s the first safe place they have slept in for months, even years.

They are also provided with a fully-furnished flat to give them the best start to rebuild their lives. They’re not alone as the house on the Byker estate comprises 33 self-contained one-bedroom flats and communal areas for former serving personnel and their partners, where they can make friendships and support one another.

Avondale House resident and veteran Robert Thompson served 16 years with the Royal Anglian Regiment and carried out nine operational tours. He said: “There were only two sites in the country that would accommodate veteran couples and both happen to be run by Launchpad, one being here in Newcastle and the other in Liverpool. Due to having family connections in the North East, we applied to live in Newcastle and were offered a flat.

“When we arrived, we had very little. Finding Launchpad was a godsend. Everything was provided and it felt like the weight off our shoulders had been lifted. Unless you’re in that situation, you don’t know how good it feels like to come to a welcoming home.”

Funding provided by leading bereavement and veterans’ support charity, Forces Support, has enabled Launchpad, for the first time, to be able to buy furniture for all 33 flats, ready for new arrivals. Previously, most household goods had to be rented from the Local Authority by the veterans and this new arrangement reduces costs.

Forces Support provides funding to charities working with veterans and their families, helping address problems of homelessness, financial disadvantage and the transition from military to civilian life.

Phil Thompson, Manager of Launchpad’s Avondale House, said: “For most of us, moving house or into our first home can be a very daunting and stressful period. It’s the same for our homeless veterans who, like Robert, arrive with literally nothing but the clothes on their backs.

“Launchpad gives them hope. It provides a roof over their head and access to the support they need. Their flats are fully furnished and waiting for them when they get here and it means so much to them. Just to see their faces light up and a smile makes it so worthwhile.

“We are very grateful to Forces Support for this funding. The flats are furnished to a high standard when the veterans move in and the charity can save money too which means we can allocate that to other essential areas and running costs of the building and to enable us to continue to provide this fantastic facility to our veterans.”

Carol Reynolds, Chief Executive of Forces Support, said “Forces Support is thrilled to be providing funding for Launchpad, and look forward to seeing the flats fully refurbished and occupied. The work Launchpad do is truly invaluable, and we hope to support it in any way we can.”

Beyond partnering with and supporting other charities, Forces Support also provides practical support for the families of fallen servicemen and women, ranging from decorating to landscaping.

Since its inception in 2013, Launchpad has supported over 550 veterans across both its houses. Avondale House has accommodated 237 residents during that time. 62% of residents successfully move on to settled accommodation and 36% leave in paid employment.