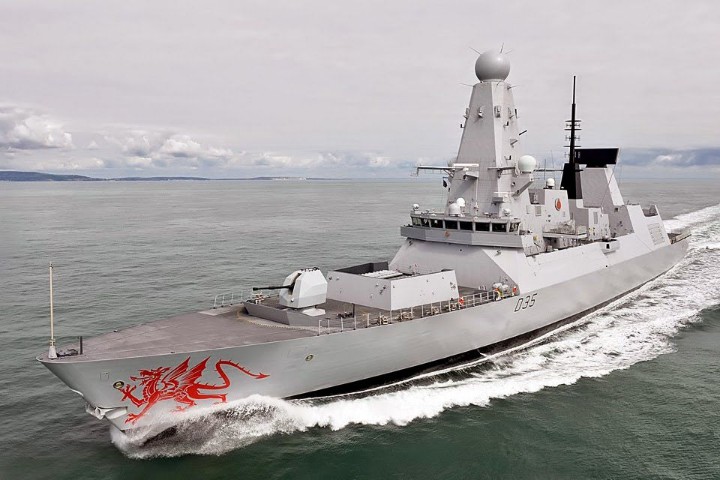 Sharing the same patron Saint as the city of Beirut, Saint George, Her Majesty’s Ship HMS DRAGON, one of the world’s most advanced warships, docked in Beirut port for three days…

This is her first visit to Lebanon on her way back to the UK after a seven-month deployment and the second for the Royal Navy since HMS Ocean’s visit in 2017.

Standing at 152 m in length and 21 meters in height, HMS Dragon is home to over 220 officer and sailor 10% of which are females. She is an anti-air warfare destroyer designed primarily to protect UK national and allied-coalition forces against all known airborne threats.

Achieving eight successful interdictions seizing over 18,000 KGs of narcotics with a street value of hundreds of million US dollars, HMS Dragon has become the most successful Royal Naval vessel to conduct counter narcotics operation, achieving the largest total, number of seizures and total weight of drugs.

During her stay at the Port of Beirut, the first Type 45 destroyer hosted various events, including media tours, a capability demonstration, designed to emphasise and deepen the partnership between the two countries. The Royal Navy Marines and Lebanese navy conducted a live diving exercise and fire-fighting exercise. Lebanese Army Navy Officers and cadets also held in depth tours on board of Dragon.

HMS Dragon’s visit is a symbol of the strong friendship and partnership between the UK and Lebanon. This extends from political, diplomatic, development and defence links to education, culture and trade.