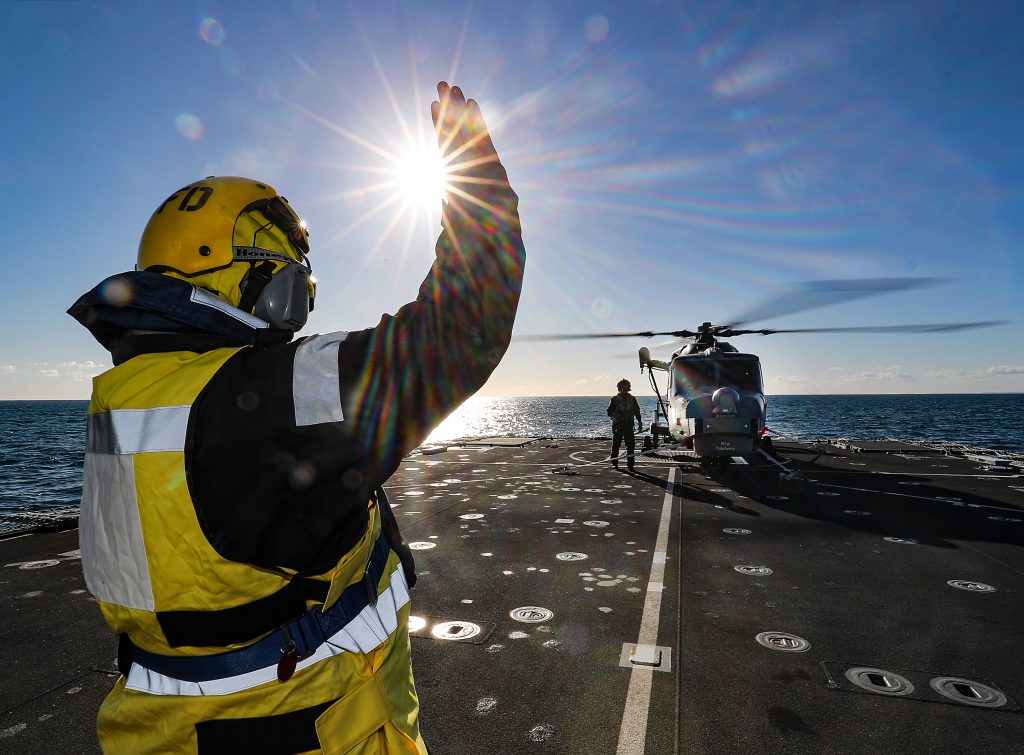 HMS Tamar worked with HMS Echo in order to conduct Royal Marine boarding training as part of her work up prior to deploying.

HMS Tamar is the fourth of the five new Offshore Patrol Vessels being built to replace the current River Class vessels.

Like her three older sisters HMS Forth, Medway and Trent, HMS Tamar will be deployed on lengthy missions around the globe, operating out of overseas ports and bases as part of the Navy’s Forward Presence programme. Her remit is to protect UK interests at sea, work and support our allies, assist British citizens, provide aid in the aftermath of natural disasters. She has a flight deck and is armed with an array of weaponry, meaning she can support a range of operations, from counter-piracy to anti-smuggling.