How I found my ‘spark’ after 24-years of service

Faced with the end of his long and successful army career, Tony Horrell returned to the trade that he learned as a young man for his next career move, sparking yet another fruitful professional journey. 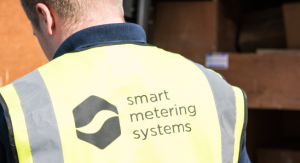 After joining the Royal Pioneer Corps in 1989 – completing my basic training at Depot Queens Division in Bassingbourn Barracks – my first posting was to 518 Company in Bicester, Oxfordshire, where I was subsequently sent on detachment to Belize and then deployed to Iraq.

Following this I was posted to Germany; winning promotion and spending a number of years undertaking my Physical Training Instructors Course and Section Commanders Battle Course. Completion of these qualifications saw me posted to the Infantry Training Centre at Catterick Garrison as an instructor – one of the highlights of my career!

On my later return to Bicester I attended every course that I could get on to, and was also deployed to Bosnia and Kosovo. Another promotion followed, seeing me posted as a Troop Sergeant to Army Training Regiment at Pirbright, Surrey, and then back to Bicester again as a Troop Commander with more courses and experiences under my belt, including the Platoon Sergeants Battle Course and a deployment to Iraq.