In the brilliant sunshine, His Royal Highness, The Prince of Wales arrived on the College Parade Square escorted by the Commandant of the Royal Air Force College to take the Royal Salute whilst one Typhoon, from 29 Squadron, RAF Coningsby provided a fly past overhead. After reviewing the graduating officers, His Royal Highness presented the course prizes to the top performing cadets from each course. The Queen’s Medal was also presented to the top performing cadet from all Initial Officer Training courses this year.

The Sovereigns Review comprised of three Initial Officer Training Courses, Number 63, 64 and Specialist Officer Initial Training Course Number 3. The Graduating officers were configured on the College Parade Square in accordance with Government guidelines. Normally Family and Friends would be invited to watch the Ceremony but, on this occasion, they were unable to attend. 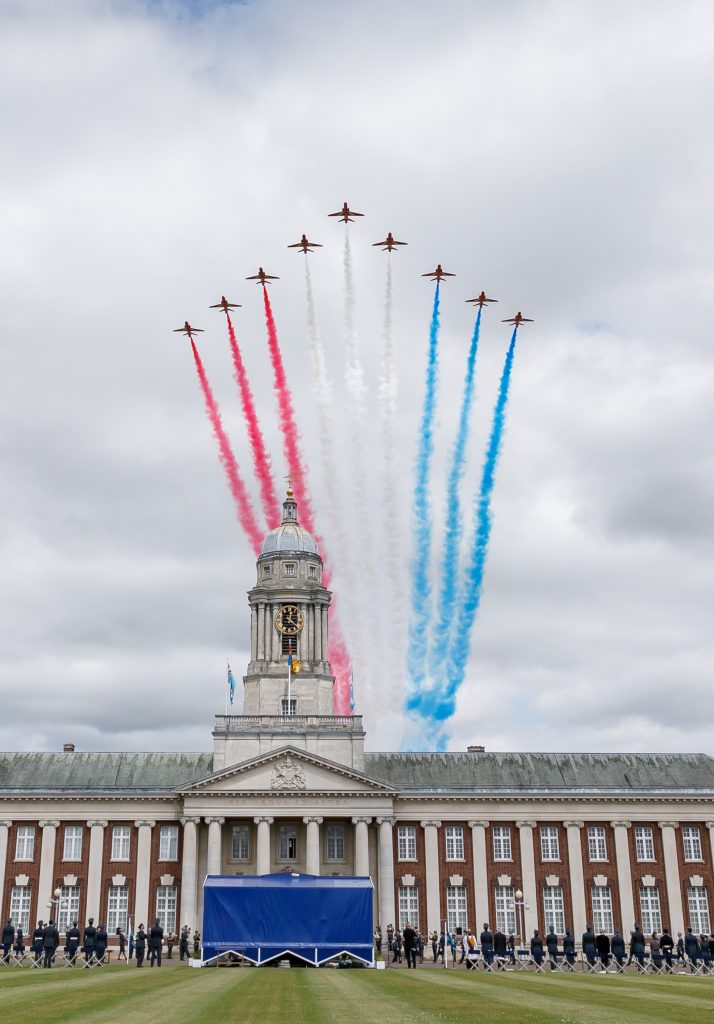 The parade concluded with a spectacular fly past by the Red Arrows. Musical accompaniment was provided by the Band of the Royal Air Force College, under the direction of Flt Lt Chris I ‘Anson Director of Music.