225 Armed Forces personnel will be deployed to support the Scottish Ambulance Service in the fight against COVID-19 from Saturday. 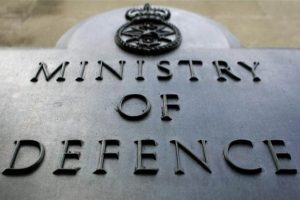 The UK Government has approved the support through the Military Assistance to the Civil Authority (MACA) process, following a request from the Scotland Office, working with Scottish Government. The Ministry of Defence will provide 114 people to augment ambulance drivers and a further 111 personnel who will operate Mobile Testing Units which the military previously supported in 2020.

“Our Armed Forces are once again stepping up, demonstrating their versatility as we support the Covid-19 response across the UK. We are proud to work alongside the dedicated men and women at the Scottish Ambulance Service as they continue to provide a lifesaving service to the people of Scotland.

“Our commitment to provide rapid support to communities and civil authorities is being delivered alongside the deployment of thousands of personnel on operations around the world.”

114 personnel, including drivers and support staff, will provide resilience to the Scottish Ambulance Service by carrying out non-emergency driving work, and each will be paired with a clinical professional. They will start in role from the 25th September and are expected to be on task for a couple of months. The support will focus on the central belt of Scotland, primarily Glasgow, Lanarkshire, Ayrshire and Arran, Fife and Edinburgh.

“Our fantastic British Armed Forces have played a key role in the fight against Covid-19 across the UK and it is admirable to see them once supporting crucial public services in Scotland in times of need.

“The dedication and professionalism of the 225 personnel being deployed will be invaluable for the Scottish Ambulance Service and Covid Mobile Testing Units.

“We are grateful for all their efforts to keep us safe. As we have continued to see throughout the pandemic, the strength of the Union and support offered by the UK Government has never been more important.”

An additional 111 service personnel, including from 2 Scots, will deploy to support the continued delivery of Mobile Testing Units to help identify infections and break chains of transmission. The military have significant experience of setting up and running testing programmes across the UK including in Scotland last year. The support will be provided primarily around Glasgow and Edinburgh and personnel will start their task by Wednesday 29thSeptember.

“Our servicemen and women, drawn from units in Scotland and elsewhere, are always proud to support the NHS and the other emergency services. Opportunities like this allow the Armed Forces to demonstrate their adaptability and teamwork in providing assistance to local communities.”

The military have supported Scottish communities with the response to Covid-19 throughout the pandemic through the MACA process including military liaison officers who have worked alongside local resilience teams and the Scottish Government. The military also provided advice on the construction of the NHS Louisa Jordan facility in central Glasgow, set up and ran testing programmes and latterly vaccination centres across Scotland which saw Armed Forces personnel vaccinate over 100,000 people. The military have also been involved in logistics and planning support. The Armed Forces stand ready to step up and support civil authorities, devolved nations and communities as required in the coming months.