The Invictus Games Foundation is delighted to announce that three cities have now been shortlisted to bid to host the Invictus Games 2025. After receiving strong initial bids from a wide range of international cities, the Foundation has now taken three through to the next stage of the process: the cities of New York and Seattle and a Winter Hybrid Games option based in Canada.

The next steps in the process will be for the Foundation to assess full bid books from each shortlisted location, with the intent to make the final selection and announcement early in 2022, prior to the Invictus Games The Hague 2020, now taking place in April 2022.

Lord Charles Allen, Chair of the Invictus Games Foundation, said, “To receive such a range of very strong bids is a testament to the ongoing support from the participating nations for the Invictus Games and what they stand for, including the enduring impact of international sport recovery programmes for our wounded, injured and sick service personnel and veteran community. It was an incredibly difficult decision to finalise the three going forward to the next stage of the process.

We are confident that they all have the potential to deliver an outstanding Invictus Games in 2025 which will reinforce the work of the Invictus Games Foundation and its commitment to serve this community beyond the Games and throughout their journeys of recovery and rehabilitation.”

Following the Invictus Games Sydney 2018, and with the next two Games taking place in The Hague in 2022 and then Dusseldorf 2023, the intent for 2025 was for the Foundation to consider a city outside of Europe.

In the initial bids, New York and Seattle both showed their experience in hosting international sporting events, such as the Marathon and US Open in New York, and the recent 2018 Special Olympics USA Games in Seattle. The Winter Hybrid option in Canada is an innovative proposal to include outdoor winter sports for the first time, which will be offered alongside some of the existing core and team sports currently included within the Invictus Games.

Richard Smith, Operations Director at the Invictus Games Foundation, said, “Over the past year, we have been honoured by the passion and commitment from the cities expressing interest in bidding to host the Invictus Games 2025. It has been a privilege to engage with them. We have learned much from them all and we look forward to maintaining these conversations going forward.  As we move to the next stage of the process, we are excited about working with the three shortlisted cities to refine their bids prior to the final decision early next year.”

Any serious injury or illness can significantly affect a person physically, psychologically and socially. For those who served, this can have the additional burden of dramatic and sudden changes to their career or lifestyle and place pressure on their family or home life; for some veterans this is further impacted by experiences and traumatic injuries sustained during conflict. The Invictus Games Foundation uses sport to recalibrate a ‘new normal’ and build an international community of wounded, injured or sick Service personnel and veterans. 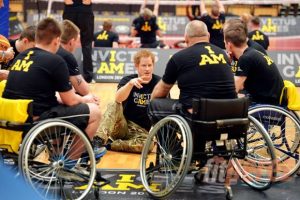