Is A Risk Career In Your Sights? We Hear From Bestselling Author And Star From Channel 4’s Celebrity Hunted On Risk Management And The Military 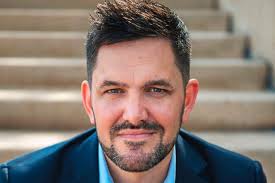 The Institute of Risk Management (IRM) recently pledged its commitment to the military community by signing the Armed Force’s Covenant at Horseguards Parade in London. The signing was between the IRM and the Greater London Reserve Force’s and Cadet’s Association (GLRFCA).

The signing between the IRM and GLRFCA signifies an ongoing commitment to service leavers and personnel as laid out in the pledge. There is an inherent connection between the forces and the discipline of risk management and the IRM wants to be at the heart of providing opportunities for those looking to enhance their careers and use the skills already learnt to help service leavers back into civvy street or those that want to learn about the enterprise side of risk management in their currently military career.

IRM’s Head of Marketing and Communications is a Captain for the Kent Army Cadets, she said: “Many of the skills learnt by service personnel naturally crossover into the world of risk management and we’re keen to ensure these skills are recognised and that we can help support their lifelong learning and career transition where possible”.

National Army Cadet Force Ambassador Jordan Wylie, MA, BA (Hons), Fd has studied risk management and also served for the British Army in military campaigns across the globe. He has a BA (Hons) Security & Risk Management and a Master of Arts (MA) in Maritime Security

Jordan is a former soldier, bestselling author, extreme adventurer and also one of the stars of Channel 4’s BAFTA-nominated and award-winning shows Hunted and Celebrity Hunted

IRM interviewed him and here’s what he said:

Risk management is a part of everyday life as a soldier, sailor, marine or airman/woman serving in the Royal Navy, Army or Royal Air Force and the severity and consequences of not managing risk appropriately can often be fatal (yes death), especially in an operational environment, such as a war or conflict zone. It was this realisation early on in my military career that led me to studying different risk management models whilst I was still serving in the British Army, where I spent 10 years as a soldier in a frontline combat unit with The King’s Royal Hussars, a Challenger 2 Main Battle Tank (MBT) regiment.

Risk management in the military environment is the process of identifying, assessing, and controlling risks arising from operational factors and making decisions that balance risk exposure in relation to battlefield success. The military uses risk management to help maintain all round combat effectiveness whilst trying to achieve mission goals and objectives on combat operations. Risk management applies to all aspects of military life including non-operational activities such as being in the barracks whilst working out in the gym and in the training environment where live firing exercises take place where people have been seriously injured or even killed, where risks have been taken without being management properly or there has been a breakdown in communication somewhere.

I completed three operational tours during my decade of service which included two tours of Iraq (Op Telic) and a tour of Northern Ireland (Op Banner). The biggest thing I learnt was that the risks to us as soldiers on the ground was constantly changing as were the threats to life in general. A war zone is perhaps an extreme example of risk management but the principles can be applied in any aspect of life. We simply cannot manage risk without information, this is the critical starting point, as my old Platoon Sergeant used to say ‘everything starts with a combat estimate’ (military speak for what is essentially a risk assessment) . Every decision that we make entails risk.

The quality of our risk management approach is determined by our ability to anticipate future events in the field both on exercise in the UK and combat operations overseas. Risk management is therefore a vital tool to support high-quality effective up to date decision making. In turn, the ability to anticipate what could happen depends on the authenticity and calibre of information available at any given time.

Although it is sometimes not always coined as risk management due to military terminology being translated into a language that every person can understand at every level. I can assure you that risk management is integrated into everything we do from planning, preparation, execution, and after action review. It is this approach that has served me well in forging a successful career in the private sector as a civilian both in my role as maritime security advisor and extreme adventurer, both roles where risk management is absolutely critical to my personal success and the safety and security of my respective clients. I also believe that risk management is a life skill that should be taught from a very early age. Even as children we are managing risk, we simply just don’t realise it or perhaps understand it.

I found that my personal studies allowed me to really get to grips with RM in a way that made everything much simpler and clearer in my mind. I had lots of practical experience of managing risk but I wanted to help shape my thinking by understanding the differing theories surrounding risk. After completing my studies, nearly all of which were very kindly funded by the British Army, I felt equipped with the skills to engage in informed debates about major issues and topics on security, safety and risk management and was presented with many opportunities
around the world where I felt I could speak with confidence and competence in places such as the United Nations in New York where I addressed heads of state on the global issue of piracy and armed robbery at sea or likewise when I delivered a session at the Monaco Yacht Show to some of the wealthiest people in the world about how cyber is the evolving threat that can’t be seen or heard onboard, despite how many armed guard you may have protecting your $100 million dollar superyacht.

I also developed skills around critical thinking which allowed me to design, conduct and critically appraise research from colleagues and other industry professionals as well as develop new approaches to problem solving which can be applied in practice in my professional and personal life, which to be honest come in very useful both at home and at work. It also allow me to think and act in a more calculated manner in all aspects of my life as I knew that even simple everyday things such as a social media post or tweet could have severe reputational consequences if it wasn’t managed with risk always at the forefront of my mind.

During my time as a soldier I carried out many roles in society that perhaps were outside the scope of what the general public would consider normal which involved managing a whole host of risks that were out of the ordinary for me too.

For example during the fire brigade strikes, we were often expected to step in and deliver firefighting and rescue services across the UK, which was a steep learning curve but also a great opportunity and lots of fun as well.

At present we have the global pandemic of coronavirus where the armed forces are currently delivering support to frontline NHS staff in a number of ways.

Members of the Royal Logistics Corps are transporting oxygen, respirators and personal protective equipment around the UK. Members of the Royal Army Medical Corps such as doctors and nurses are on a different type of frontline right now alongside their NHS counterparts, trying their best to fight this nasty disease and save lives. Whether it’s an infectious virus such as Coronavirus or Ebola as we saw in West Africa in 2015, managing risk comes hand in hand with other disciplines such as crisis or disaster management which is what we are seeing governments around the world try to manage right now.
Any sort of crisis will always have adverse effects on society from a social, economic and financial perspective just like we are seeing right now with businesses closing down, people losing their jobs and the general population struggling with the psychological impact of having to stay in their homes pretty much 24/7. As a result, people can’t pay their bills, domestic violence is on the rise and children can’t attend school, be under no illusion that these challenging times will affect many people for years to come.

The devastating impact that risks, crisis and disasters cause requires well thought through and often highly complex solutions to mitigate the overall impact on a community, nation or the whole world. Although the UK government is doing is best to manage the current crisis, its continues to implement new risk management measures daily to minimise the risk of infection spread further whilst at the same time trying to offset other risks too. The future is uncertain for all of us right now but and nobody really truly knows what the future holds. The recovery phase and future horizon beyond this pandemic will see a whole host of challenges for risk managers globally and I for one am intrigued to see how the risk appetite of major corporations such as airlines, financial institutions, technology giants and healthcare providers adopt to a new way of life in the future.
One thing that does remain a certainty though and something that history has always taught us is, where there is a crisis there is also often great opportunities that follow too!