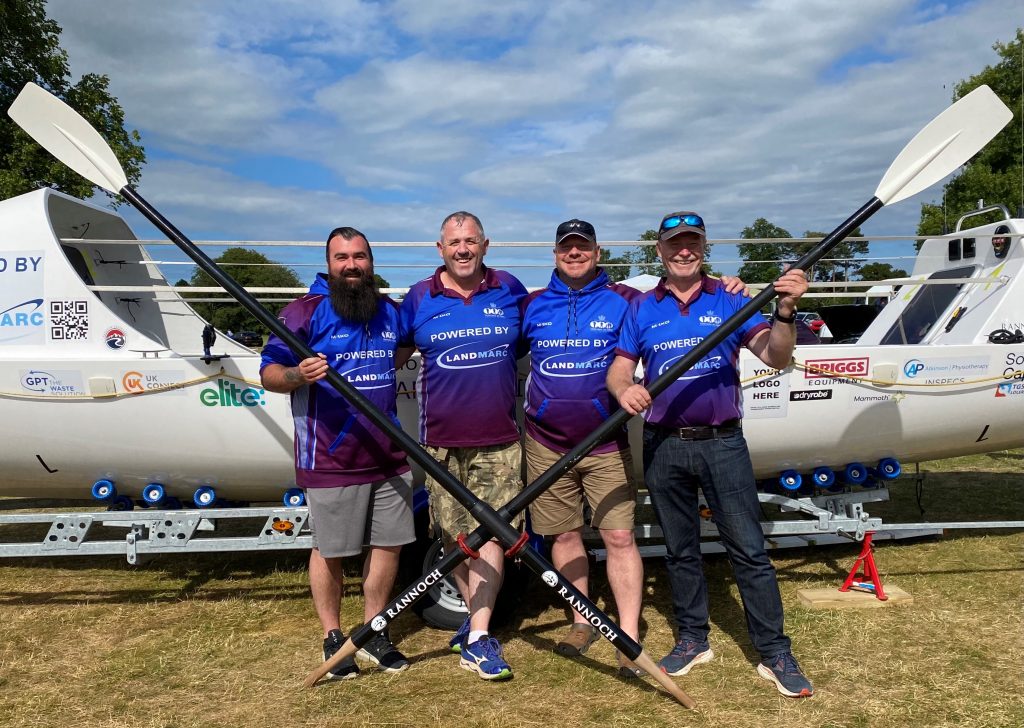 Comprising of three veterans and a previous ocean rower, Team Emotive will be displaying their boat ‘Oardrey’ to the public before they take on their mission to complete one of the world’s most difficult ocean rowing challenges – the Talisker Whisky Atlantic Challenge – all in the name of raising money for Veterans at Ease.

With just six months to go, the team are preparing to travel 3,000 miles from La Gomera in the Canary Islands to Antigua in December. Rowing two hours on, two hours off for forty days, the race will push the team to its limits both physically and mentally.

Area Delivery Manager at Landmarc and Royal Navy veteran, Jason Watkin will be heading up the boat as Skipper, accompanied by Garreth Murrell – veteran and CEO of Veterans at Ease, Royal Artillery veteran Chris Harvey, and Phil Kite, who previously rowed the Atlantic in 2018.

The team will be fundraising at the event in Scarborough by selling ducks for their annual duck race on the 28th July at Tees Barrage Canoe Course, selling sponsorship miles, and taking general donations towards their upcoming challenge.

Veterans at Ease is a free to use service, committed to helping veterans, reservists, serving military personnel and their families deal with Post-Traumatic Stress Disorder (PTSD) and other combat stress-related issues.

Garreth comments, “A unique benefit of coming to Veterans at Ease is that we employ veteran practitioners. This ensures those who need our help can speak to someone who ‘gets it’ – there’s so much to be said for talking to someone who can relate directly to your personal experiences, and even have a bit of banter with us too.”

Jason Watkin, Landmarc employee and Skipper in Team Emotive, adds, “It would be great to see the forces community from all over the UK come visit us at the National Armed Forces Day event, it truly is a brilliant day out for people of all ages, and we’d love to see support from our community first-hand.

“Landmarc has been fantastic throughout the preparations to date, not only through sponsorship but also in pledging help in any way it can to get us to the start line. I believe my passion for mental health support and the Veterans at Ease charity is reflected throughout Landmarc.”

Landmarc is the Defence Infrastructure Organisation (DIO)’s industry partner for managing the Ministry of Defence (MOD) UK Defence Training Estate – including Wathgill Training Camp in North Yorkshire – where the boat, named Oardrey (a play on words on the Anglo-Saxon translation for Noble Strength), is currently being kept until it is transported to the start line in December 2022.

For more information on Landmarc Support Services, please visit www.landmarcsolutions.com. To find out more about Team Emotive and how you can help, visit: https://www.team-emotive.co.uk/.