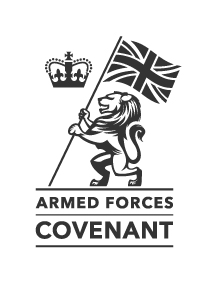 Twelve of the UK’s leading military charities have written an open letter to MPs calling on them to improve the Armed Forces Bill.

Sector leaders are concerned new legal duties in the Bill do not cover the full range of issues currently affecting our Armed Forces community.

The charities are urging the Government to widen the Bill’s scope to meet all the needs of those who serve and have served their country.

The Royal British Legion has joined together with eleven other leading military charities to urge the Government to strengthen the Armed Forces Bill, currently being considered by the UK parliament, to better support serving personnel, veterans and their families in law.

The military charities welcome the fact that the Bill creates a new legal duty for public bodies to consider the Armed Forces Covenant when making decisions and developing policy. However, they are concerned that the legal requirements only cover limited aspects of housing, health and education and only apply to local government and certain public bodies. This leaves the Armed Forces community without similar protection when it comes to other important issues such as employment, pensions, compensation, social care, criminal justice and immigration.

Whether through their contribution to tackling the pandemic, or the recent commemorations of D-Day and VE Day, the unparalleled contribution of those who have served in the Armed Forces continues to be shown. The Armed Forces Covenant is the Government’s and the Nation’s promise that those men and women – and their families – should not be disadvantaged, and that special consideration may be appropriate, such as for the injured or bereaved.

The Armed Forces Bill currently before the UK Parliament makes welcome provision for a new legal duty on public bodies to give due regard to the Covenant. However, based on our collective experience working with the Armed Forces community, the Bill does not go far enough. The new duty would only apply to local councils and some limited public bodies delivering housing, health and education. This neither reflects the reality of how the Covenant is delivered, nor the full range of issues affecting those in the Armed Forces community.

Even where services are provided locally, they are often based on national guidance. It is therefore a major gap for national government and the devolved administrations to be exempted from the duty that will be imposed on councils and others. This is compounded by the omission of important topics including employment, pensions, compensation, social care, criminal justice, and immigration from the Bill’s scope.

Now that the Bill has returned to the Commons, we urge the UK Government and MPs to seize this rare opportunity to deliver on the promise of the Covenant. Such a move would attract widespread consensus and be a fitting recognition of the ongoing service and sacrifice of our brave men and women, and the families who support them.

Throughout the life of the Armed Forces Covenant in its present form, the Royal British Legion has repeatedly called for it to be strengthened in law. We therefore welcome the government’s stated support for this position.

It is clear, however, that there are limited legislative opportunities to take action in this area, usually restricted to the Armed Forces Act every five years. We therefore believe that maximum advantage should be taken of this golden opportunity to enhance the delivery of the Covenant to the Armed Forces community and ensure it is fit for purpose for the next ten years.

The public are encouraged to visit the Royal British Legion website where they can find out more on how to support the campaign and how to contact their local MP. Visit https://www.britishlegion.org.uk/get-involved/things-to-do/campaigns-policy-and-research/campaigns/response-to-the-armed-forces-bill