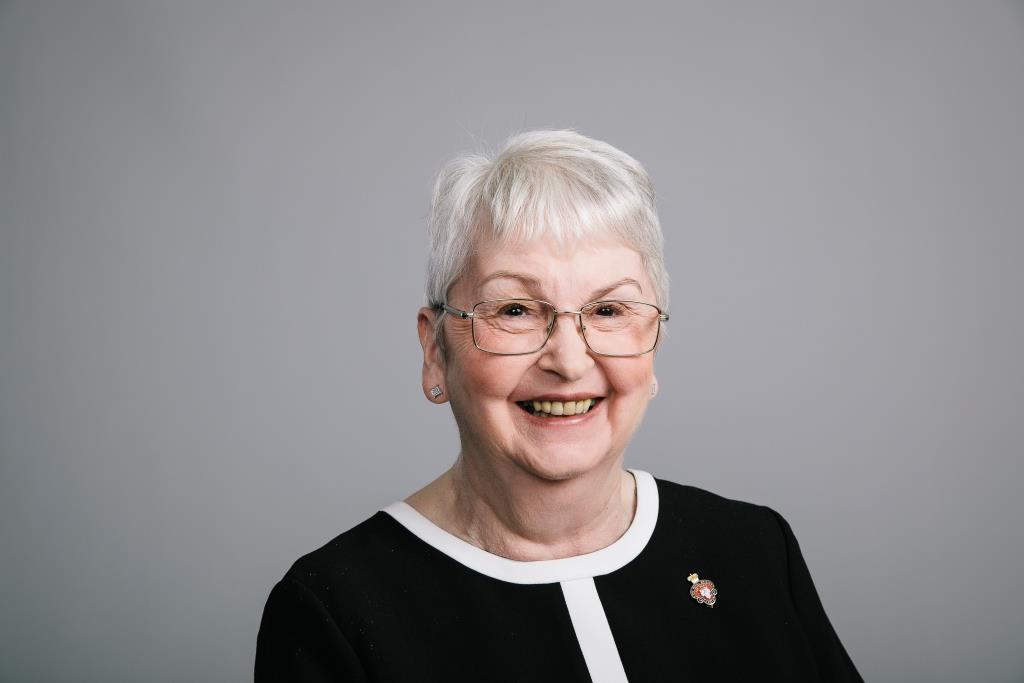 The Royal British Legion has announced the appointment of its new National President, Lieutenant General James Bashall CB CBE, and the election of the charity’s first female National Chairman, Una Cleminson BEM TD, both of whom took up their roles at the end of this year’s Royal British Legion Annual Conference…

The figurehead role of the Legion’s National President is the most senior representative of the charity, it is normally held by a senior retired officer, and rotates every three years between the military services. Lt Gen James Bashall took over the role in mid-May and immediately assumed duties for the commemorations of the 75th anniversary of the D-Day Landings, marked during the week of 6 June 2019.

Following 34 years service, Lt Gen James Bashall retired from the Regular Army in October 2018. During his career he commanded the 2nd Battalion of the Parachute Regiment, the 1st Mechanised Brigade, and the 1st (UK) Armoured Division, deploying to Germany, Afghanistan, South Armagh, Iraq and Libya to name a few. He later held positions as Chief of Staff at Permanent Joint Headquarters, Director Personnel at Army Headquarters, Commander Home Command.

Lt Gen James Bashall CB CBE said: “Throughout my military service the Legion has been a constant, championing the unique contribution of the Armed Forces community, providing life-changing support, and ensuring the sacrifice and service of those who have gone before is honoured and remembered. I am very much committed to and enthused by serving the charity during its centenary and supporting its staff while we look ahead to the next 100 years.”

The role of National Chairman of The Royal British Legion is elected by its membership once every three years. The National Chairman is an active position, leading the Board of Trustees and representing the Legion’s interests both internationally and across the UK. Having served for three years as the Legion’s National Vice-Chairman, Una Cleminson started her duties as Chairman at the close of the organisation’s Annual Conference this year.

Una has a long and rich history with Legion, and started her involvement collecting for the Poppy Appeal at the age of 16. She was aware of the Legion’s welfare work, especially at that time with First World War veterans, and subsequently joined the organisation’s membership in the 1970s. During her military career Una was a Major in the Territorial Army’s unit field hospital and worked for 18 years as a sister at the Hospice of St Francis in Berkhamsted.

Una Cleminson BEM TD said: “I am immensely proud to be the first female National Chairman of The Royal British Legion. The Legion is a hugely progressive organisation, with women holding roles of influence and responsibility on our Board of Trustees and Executive Board for decades, and I am pleased we can continue to demonstrate equality in our most senior roles with my election to National Chairman.

“I look forward to the challenges involved in the role. I feel a special connection with the Legion’s work in the field of mental health and wellbeing, and I am particularly keen to ensure we continue to break down stigmas and reach out to those most in need of our support.”

The newly appointed National President and elected National Chairman will serve in their roles until May 2022, and throughout the Legion’s centenary in 2021.