Mr Mercer had expressed his frustration on the Overseas Operations (Service Personnel and Veterans) Bill, which is being finalised in Parliament. 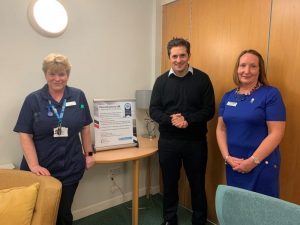 He said he had hoped Mr Johnson’s premiership would “signal a step change in veterans affairs in the UK” and that he had raised his concerns previously when face to face with the PM.

“I am, of course, desperately sad events have transpired the way they have – I truly have exhausted my efforts and my team to make it work,” he said.

“But the truth is politics always was a means to change how this country treats her military veterans, and I remain genuinely appalled by the experiences of some of this nation’s finest people who have served in the armed forces. 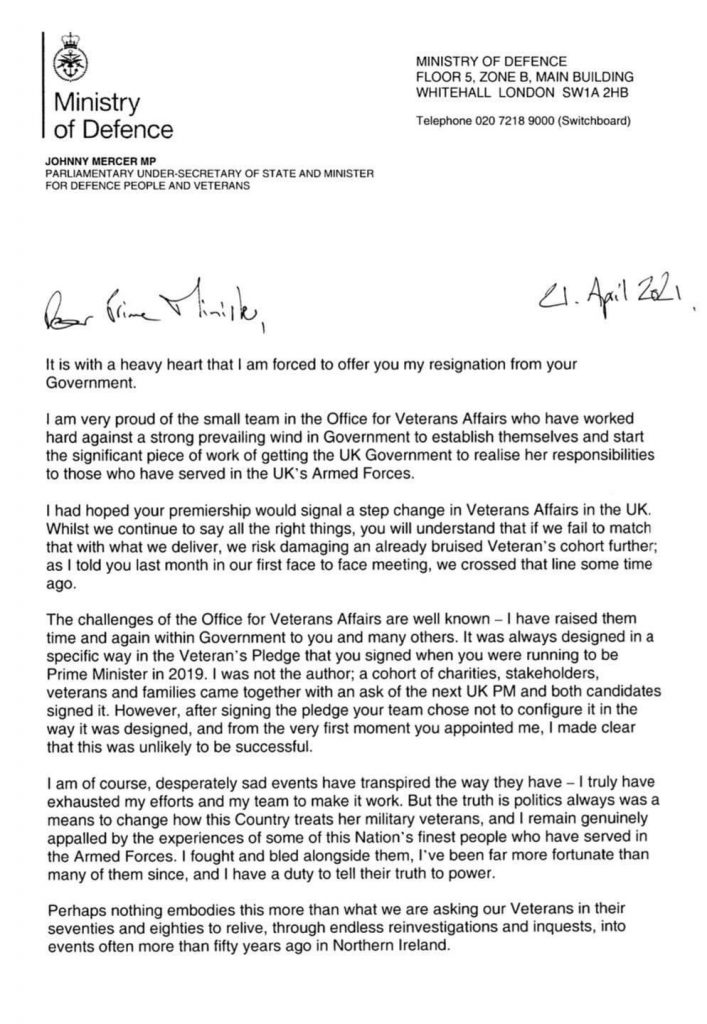 “They are not second-class veterans. They deserve the protections of the Overseas Operations Bill like everyone else.

“I made promises on your behalf that we would not leave them behind and would walk through simultaneous legislation for them. No discernible efforts have been made to do so, and I can see no prospect of this changing.

“I have no choice but to leave Government and campaign for them in Parliament.” 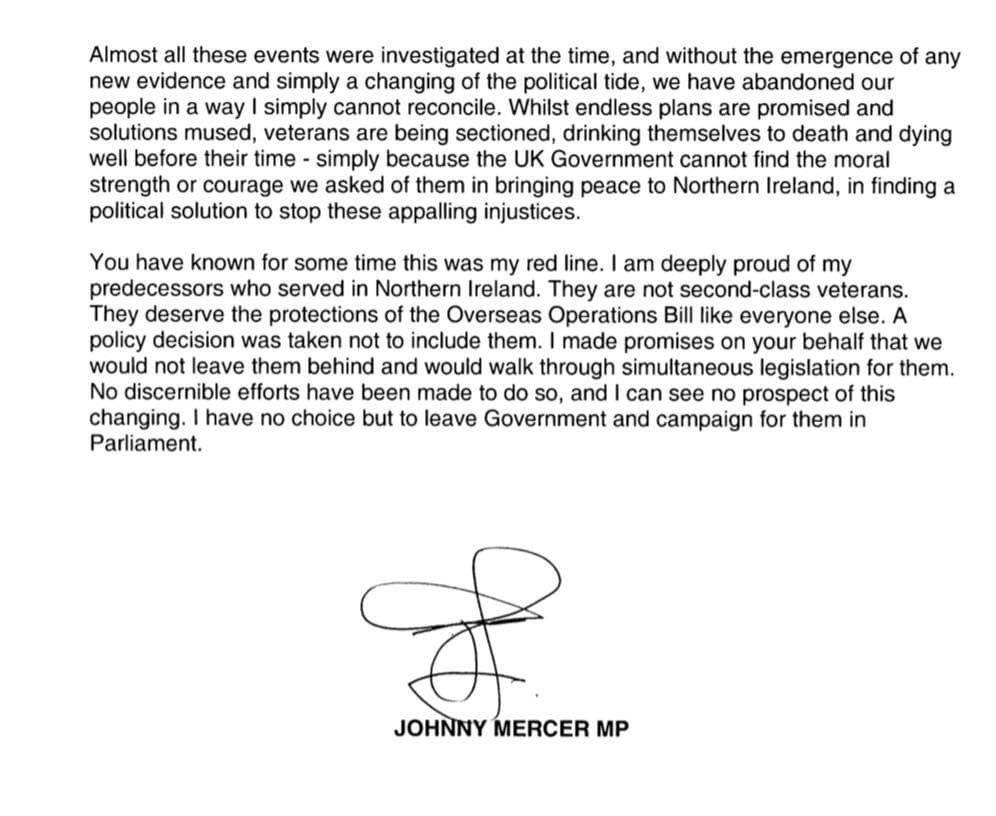 Mr Johnson replied thanking Mr Mercer for his efforts in role and that the Overseas Bill is a “crucial part” to protect forces personnel and added “But we are committed to doing more over the coming months, including for those who have served in Northern Ireland.”

Defence Secretary Ben Wallace said he is “delighted” to welcome Mr Docherty to the role.

“He will be taking up one of the most important roles, championing our veterans and service personnel,” Mr Wallace said. 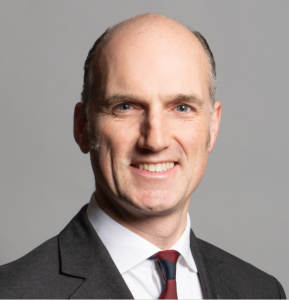 “Leo comes with a wealth of experience both of the armed forces, having served in Afghanistan, and of politics.

“I know that he will do an excellent job.”