Meet The Shortlisted Finalists For The Scottish Veterans Awards 2022

The Veterans Awards are proud to announce their shortlisted Finalists for this year’s Scottish Veterans Awards sponsored by Joint Force Alba, due to be held at the Village Hotel Edinburgh on the 27th April 2022. The event will be hosted by Radio DJ BFBS Scotland presenter Mark McKenzie and in Support of The ABF The Soldiers’ Charity Scotland. 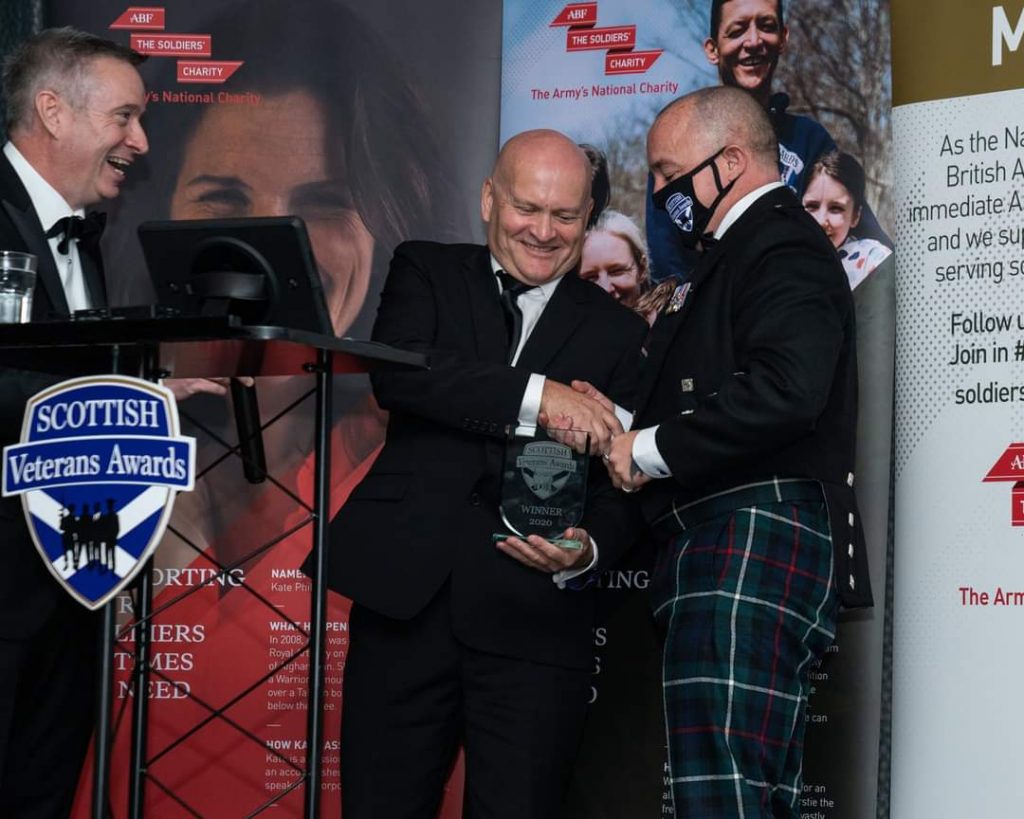 Well done to everyone who has been shortlisted as finalists. The Awards team had double the amount of  applications compared to last year and the shortlisting process was extremely difficult. The team would also like to take this opportunity to thank everyone who put forward nominations.

The Veterans Awards went on to comment: “we want to Inspire our future service leavers that great things can happen. Its you who will act as role models and in some cases mentors, remember positivity breeds positivity.

Pathfinder International magazine is proud official media partner for all of the Veterans Awards events.

Role Model of the Year- Sponsored by Print Inc

Inspiration of the Year Award – Sponsored by GHN Property and Developments

Entrepreneur of the Year- Sponsored by Hugh James

Employer of the Year- Sponsored by Joint Force Alba

Veteran Owned Business  of the Year- Sponsored by Pathfinder Magazine

Volunteer of the Year –  Sponsored by  Terrestres Servo Coronas

Reservist of the Year Award –  Sponsored by Pathfinder Magazine

The Winners will be chosen by our Independent Judging Panel. The Judging panels names and profiles will be released over the coming weeks.

The Shortlisted  finalists will be invited to a FREE certificate giving and networking day at the Castle Club, Edinburgh Castle on Tuesday 15th March where the Awards team will film their story and videos. These videos will then be used in an extensive media campaign and will also be played on the evening itself. The finalists will also receive their finalist certificate on this fantastic morning and get to network with the other finalists, sponsors and awards organisers.

All the Shortlisted finalists/family/friends and business colleagues will have the opportunity to purchase tickets for the black tie award Ceremony due to be held at the Village Hotel Edinburgh on the 27th April 2022 between 1st March – 14th March. If there are any remaining tickets left they will then go on sale to the Veterans Awards supporters.

For more details please get in touch.