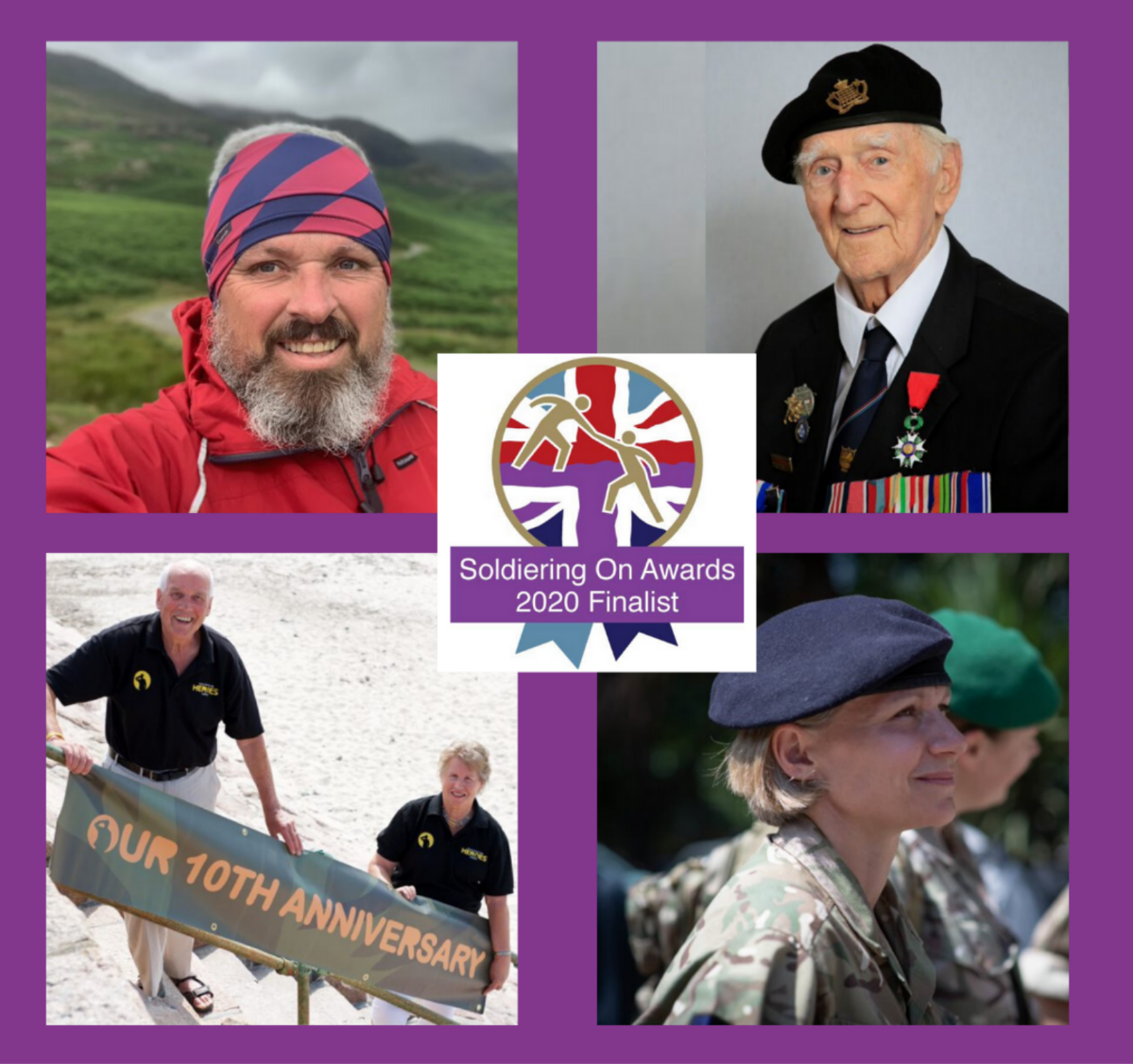 Soldiering On Awards has hosted 41 Finalists and saluted their achievements at the 2020 Finalists Reception on Thursday 20th February, in a celebration of the very best of the Armed Forces community…

Awards President, General the Lord Dannatt GCB, CBE, MC, DL organised a private reception, attended by Vice-President Debra Allcock-Tyler CEO, the Directory of Social Change, sponsors, nominators, judges and members of the Armed Forces community, where recognition was paid for the outstanding achievements of Finalists shortlisted from a record number of award nominations.

Lord Dannatt said: “The Soldiering On Awards attract an outstanding number and calibre of nominations as this year has clearly demonstrated. To reach the shortlist of Category Finalist is a truly outstanding achievement. We salute you all! I would also like to pay a special tribute to the often unsung heroes, the nominators. Without them recognising the great work other people do, and putting the time into writing nominations, we would never know about them!”

Awards Patron, the Rt Hon Earl Howe PC said: “The ethos of the military is do not leave anyone behind and make sure you are working for the good of the team. We are intent on sticking with this ethos as the essence of the Soldiering On Awards and I am delighted to see the results, represented by the 41 outstanding Finalists we are celebrating here.”

XFE CEO and Soldiering On Awards Co-chair Lt Col Ren Kapur MBE said: “To reach Finalists stage at the Soldiering On Awards is an outstanding achievement. The positive ripple effect from all the different contributions the 2020 Finalists have made to the military community gives so many people the inspiration to soldier-on and these remarkable people deserve full recognition. There are always so many deserving cases and this year has been no different.”

Overall winners of all categories will be announced at a prestigious black-tie event at the Park Plaza Westminster Bridge Hotel on Friday 24th April 2020. To secure your ticket or table to attend, and to learn more about the finalists, visit the website.