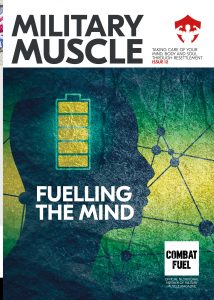 The working partnership will see Combat Fuel offer advice and add to the building content within Military Muscle magazine, aimed at staying on top of your game, all of the time.

Pathfinder International editor, Mal Robinson said: “I am thrilled to have a brand synonymous with the military family come on board with what we are doing with the magazine and a brand that shares the same ethos on offering only the best for our troops and veterans.

We have enjoyed some big names inside Military Muscle already from Ollie Ollerton through to Sir Ranulph Fiennes OBE and we have some further exciting ideas and campaigns in the pipeline and I am delighted Combat Fuel will join us on our journey of expansion.”

Combat Fuel founder and British Army veteran, Alex Berezynskyj, added: “We are delighted to be partnering with Military Muscle for the year ahead.

At Combat Fuel we are more than just at brand, we are a community of people who strive to be the best versions of ourselves both physically and mentally and all our products reflect that ethos. We are passionate about helping each other and especially those that have stepped up to serve our great nation on the frontline.

Our values are well aligned to those within the Pathfinder International community, so joining forces as Military Muscle’s exclusive nutritional and supplement partner was a natural progression for an already powerful relationship. We look forward to sharing more news from our community in what is a very exciting year ahead for Combat Fuel.”

The partnership between Military Muscle magazine and Combat Fuel will begin in the publication’s September issue.

Combat Fuel was founded as stated by Alex who, unfortunately, was medically discharged. Help for Heroes is a charity close to his heart after they helped with his recovery. As a direct result of this, Alex has pledged 5% of Combat Fuel’s profits to Help for Heroes. 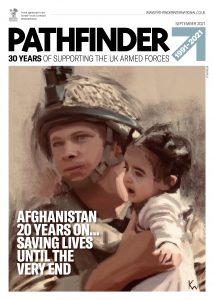