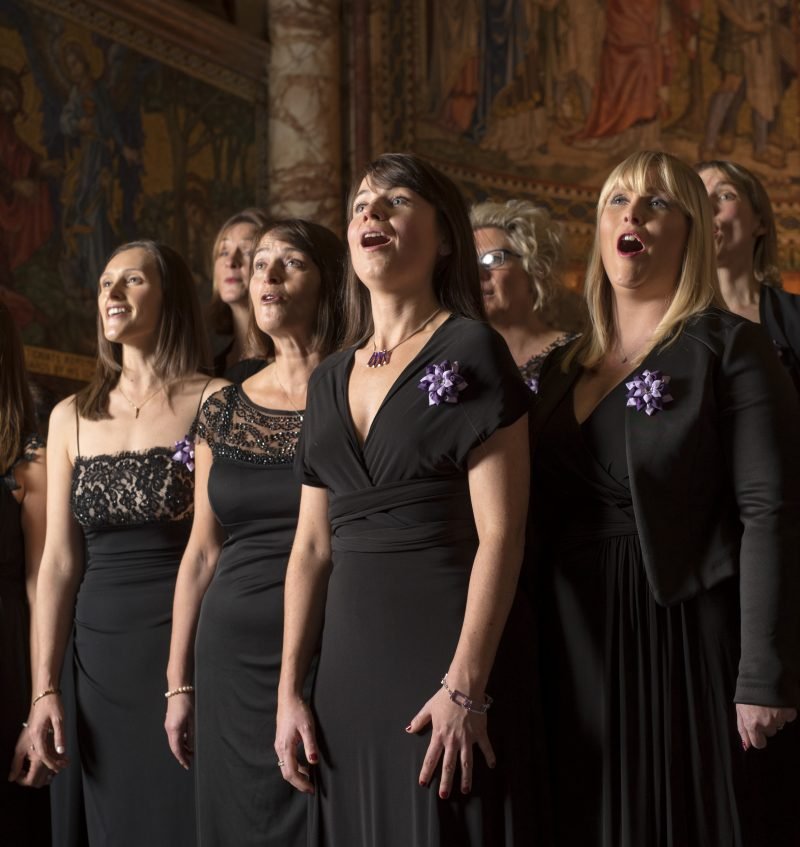 Come sing, share and support the Military Wives Choirs – an inspiring, empowering network of women from the military community – as they perform ‘Remember’, an unforgettable evening of music at Cadogan Hall, London, on Sunday 6th October…

The Military Wives Choirs, both an independent charity and part of SSAFA, the Armed Forces charity, has grown to become a network of more than 2,300 women in 75 individual choirs across the UK and in military bases across Cyprus, Belgium, Naples, the Netherlands and beyond.

It is a charity run by and for women in the military community, including mothers, daughters, veterans and serving personnel as well as wives and spouses, bringing together women from across the services and empowering them through the joy of singing.

Singing in a choir has been shown by research to alleviate stress and can contribute to improved mental health, which has never been more important, especially for families of service personnel who move around frequently, meaning it can often be hard to put down roots and make new friends.

This special evening in the iconic Cadogan Hall sees ten of the Military Wives Choirs coming together to celebrate the power of music-making for wellbeing, as well as recognising the unique military perspective choir members bring.

Following the successful release of their World War 1 commemoration album ‘Remember’ last year, which included prize-winning composer Owain Park’s The Poppy Red, this will be the first time marks the first time that combined Military Wives Choirs have come together on a concert hall stage, hosted by the Military Wives Choirs charity, to celebrate the power of music making for wellbeing.

Artistic Director and celebrated conductor, Hilary Davan Wetton, says: “The Choirs are the most striking example of a fundamental truth: that singing in a choir changes lives. The members in this unique network of choirs have something very special to say through their singing; ultimately nothing is more powerful than the collective strength and passion when they come together as a group to convey something which they live through every day.”