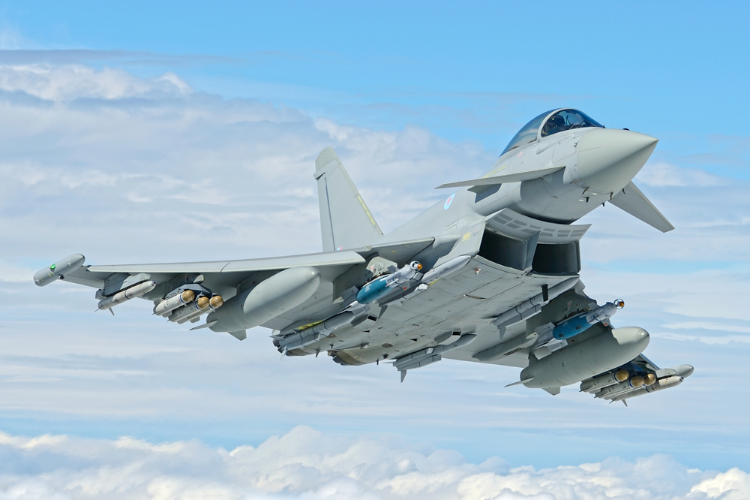 In the last month alone RAF Typhoons have scrambled on four occasions to respond to Russian aircraft posing a risk to civilian flights. Since the beginning of 2016, there have been 13 scrambles from RAF Coningsby either responding to Russian military aircraft or a possible airborne terrorist threat.

Armed Forces Minister Mark Lancaster said: “As we’ve seen in recent years our world-leading RAF stand ready to protect our skies at a moment’s notice. Be it intercepting Russian aircraft probing the boundary of our airspace or responding to a potential terrorist threat, their rapid response ensures our airspace and our people are safe.”

At the Lincolnshire base, Mark Lancaster met with the Typhoon pilots and engineers who make up Quick Reaction Alert Force and took part in a simulation of the rapid scrambles they undertake whenever an alert is launched.

The RAF work closely with NATO partners to monitor Russian long-range aircraft moving through international airspace and are ready 24 hours a day, 7 days a week to scramble to intercept and escort such aircraft whenever they fly within NATO air policing areas or pose a risk to civilian flights by not communicating with Air Traffic Control.