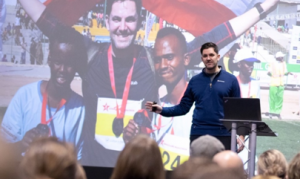 Jordan Wylie is a former soldier, now bestselling author and extreme ultra-endurance adventurer. Often marrying his many endeavours as trustee, ambassador and volunteer for many charities and good causes, his expeditions fulfil a philanthropic goal.  In 2018 his project ‘Running Dangerously’ saw him run through some of the most dangerous warzones on the planet to raise awareness and over £100,000 for charity.

Wim Stevenson, Athlete and Ambassadors Manager said: “The ambition of Jordan’s upcoming challenges – and the grit required to complete them – are synonymous with what Montane are all about. We look forward to seeing him put our clothing and equipment through their paces.”

Alongside regularly appearing on national television in programmes such as the BAFTA nominated Channel 4 series ‘Hunted’ playing one of the Hunters, he has also presented documentaries in the UK and USA focusing on complex, hostile and remote environments around the world. His outreach efforts are similarly impressive, giving regular talks and lectures at prestigious events such as the UK National Running Show and the Bremont Adventurers Club. 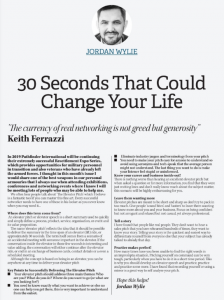