New Hub To Be ‘Transformative’ For Frontline Troops 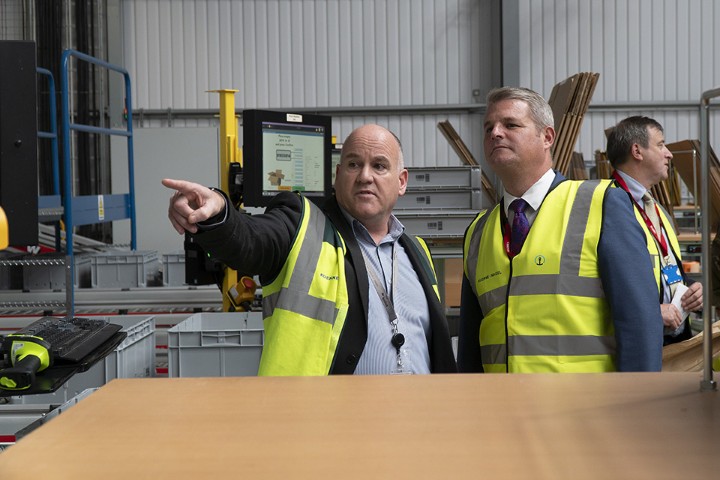 Defence Minister Stuart Andrew has paid tribute to the future of Shropshire’s giant military logistics facility, which was opened last year to revolutionise the way support is delivered for the armed forces wherever they may be in the world…

The Minister visited the £83 million Defence Fulfilment Centre after touring the armoury and current logistic facilities on-site at MOD Donnington. The 80,000 square-metre centre, due to be fully operational in 2019, is the size of ten football pitches and will streamline distribution and storage.

With two warehouses and a support building, it will be a central hub for storage and distribution of defence’s £30 billion inventory, including spare parts, food, clothing, and medical supplies.

Defence Minister Stuart Andrew said: “We’ve invested over £80m in this enormous Shropshire centre as we are determined to ensure our personnel have everything they need, from batteries to boots, wherever they are in the world.

“This hub will have a transformative impact on our troops once it is fully up and running next year, putting a truly state-of-the-art supply network at the fingertips of our brave men and women on the frontline.”