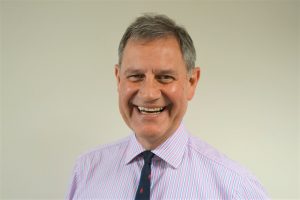 Major Bruce Spencer has joined the East Midlands Reserve Forces and Cadets Association (RFCA) as Regional Employer Engagement Director, taking over the post from the recently retired John Wilson, who was in post for over 20 years.

Bruce joins East Midlands RFCA with a wealth of experience in the military, serving as both Regular and Reserve Army officer. Bruce was educated in Cambridge and commissioned into the Worcester and Sherwood Foresters as an officer. He then spent 38 years travelling the world, through 30 different countries. His various roles included a spell as the Military Attaché in Kathmandu, and running the Reserves Mobilisation centre in Nottingham.

“I am looking forward to my role as the REED. Having deployed on many operations worldwide, I know the broad range of skills and benefits that Reservists bring to the Armed Forces. Equally, the Cadets from all three Services and the adults (Cadet Force Adult Volunteers) that lead them, are professional and caring people who help Cadets achieve their full potential. Both these areas are supported by partners who unstintingly enable this great work to be done,” said Bruce.

The Employer Engagement team establish enduring relationships with employers and their organisations in order to raise awareness of the Reserve Forces and to encourage employers to support Defence personnel. They provide information, advice and guidance on all aspects of employing Reservists. The team also promote the Armed Forces Covenant and the Employer Recognition Scheme Awards.