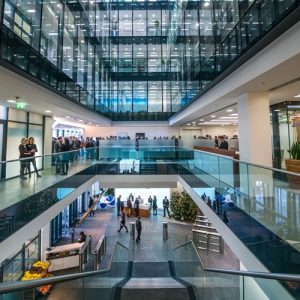 Former and serving officers in the Armed Forces attended to gain insight into different sectors and industries, as well as key tips for a successful transition into civilian employment. The main talks were live streamed via social media, and people watched from across the UK and abroad, including Kuwait.

Escape the City – a leading global career change consultancy, which helps people find a career they love – gave the key note speech. They explained how the labour market has changed and encouraged attendees to take a creative approach to securing a new job. Two former officers, who had been supported by Escape the City, shared their personal experiences and career insights.

In addition, there were breakout sessions throughout the day, covering different industries, including Consultancy and Risk, Financial Services and Project Management. These were run by leading consultants and employers.

Lee Holloway, Chief Executive Officer at the OA, delivered the closing remarks. Speaking as a former Royal Navy officer, he told the audience to be bold and confident in their jobs searches. He also said they should be proud of the skills and experiences gained in the Armed Forces, because it will help to make them valuable assets in the organisations they will work in.

The OA brought together major employers and veterans now in new careers. Employers included some of the country’s largest recruiters of veterans, such as the NHS, Network Rail and HSBC. They provided guidance on their recruitment criteria, and top tips for successfully entering employment.

Liz Stevens, Head of Employment Services at the Officers’ Association, said: “The OA Employment Symposium was a great opportunity to receive advice from some of the country’s leading employers of veterans, as well as hearing the experiences of those who have successfully transitioned into new roles. The speakers delivered engaging and thought-provoking sessions. We would like to thank all those who attended and supported the event, which forms part of our ongoing campaign to promote ‘military is good for business’.”

You can now watch all the main presentations from the OA Employment Symposium online: