Office For Veterans’ Affairs Marks One Year Since Creation 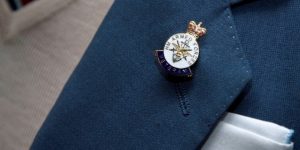 An opinion piece from Johnny Mercer, Minister for Defence People and Veterans, to mark one year since the establishment of the Office for Veterans’ Affairs. The article was originally published by the Telegraph.

The UK has always held our veterans in high esteem. No one does Remembrance quite like us and every year millions of Brits buy poppies, lay wreaths and mark moments of silence to commemorate those who have fought for our country. In recent years we’ve seen a record amount of public giving to Service Charities, honouring the sacrifice of so many in Iraq and Afghanistan.

But Governments of all colours have been historically deficient when it comes to looking after those who have served. Some brilliant initiatives and individuals have achieved genuinely excellent outcomes for our veterans.
But on the whole, services have been disjointed, hard to access and at times too focussed on inputs rather than actually asking what it feels like to be a veteran in the United Kingdom.

This Government has changed that. Established just a few days after the Prime Minister came to office one year ago, the Office for Veterans’ Affairs has already overseen a significant shift in the Government’s provision for veterans. From railcards to guaranteed interviews in the Civil Service; from a National Insurance holiday for employers of veterans to including a question for veterans in the 2021 census for the first time – much has been achieved. Prioritising veterans for new homes; helping shape a through-life healthcare plan in the NHS for service personnel and their families; commissioning long term studies to provide evidence-based policy for the years ahead – anyone who knows me and knows my history would understand I wouldn’t say it if it were not true: this Government has genuinely shifted the dial in these matters. And I’m proud of it.
Blending this with increasingly important private and third sector work, the ambition – to make the United Kingdom the best place in the world to be an Armed Forces veteran – is now well within grasp. But there is of course more to do.

The programme of work in the years ahead is varied, and regularly updated to reflect this mission. But everything will have a different focus to the past. Instead of asking how much Government is putting into the system of veteran’s care in this country, and then why still too many are falling through the net, we have undergone a fundamental shift of perspective. Now the ethos is “what is it actually like to be an Armed Forces veteran in the UK in 2020”. That simple vision binds all we do, and I hope to move onwards from these good tactical victories, to real strategic change for our veterans in the next couple of years.

It is not a one-office or a one-person job. We all – as a nation – have a responsibility to go beyond warm words and soaring rhetoric when it comes to our veterans. Whilst change has been accelerated by COVID-19 – particularly in the third sector – there remains a role for everyone in this vision. And if we all work together, putting our veterans at the centre of our work, this will be the best country in which to be an Armed Forces veteran.