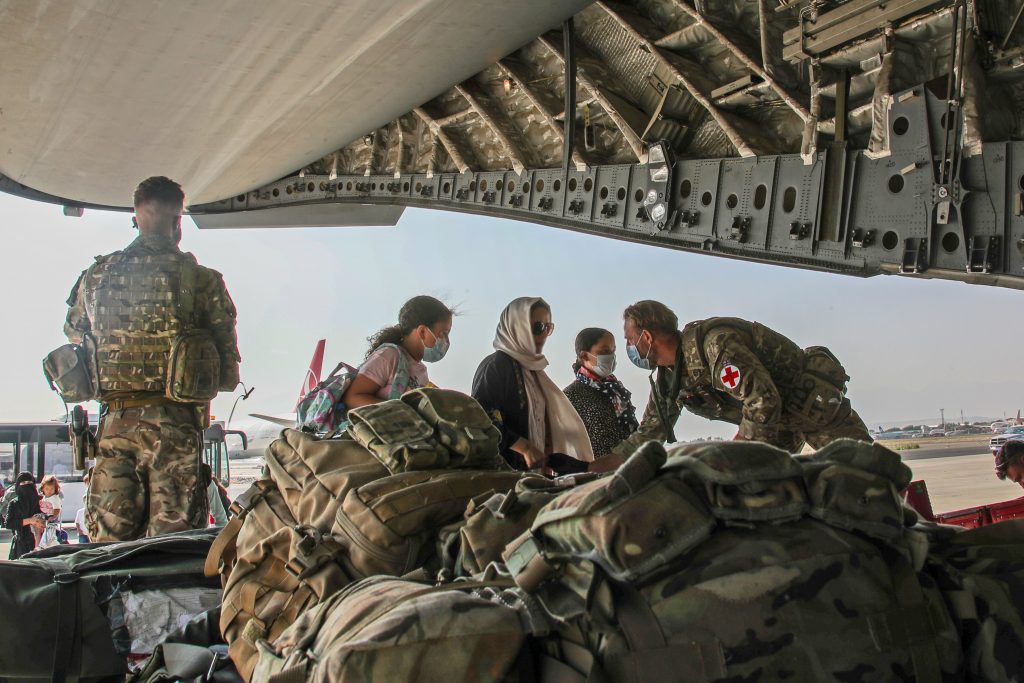 Image of British citizens and dual nationals residing in Afghanistan being relocated to the U.K. As part of Operation PITTING, the UK Armed Forces are enabling the relocation of personnel and others from Afghanistan. On Sunday 16th August the first flight of evacuated personnel arrived at RAF Brize Norton in the UK. The flight constituted of British Embassy staff and British Nationals. British forces from 16 Air Assault Brigade arrived in the Afghan capital over the weekend on Op PITTING to support the relocation of British Nationals and former British staff eligible for relocation under the Afghan Relocation and Assistance Policy (ARAP).

** Some blurring of faces has been applied to protect identities **