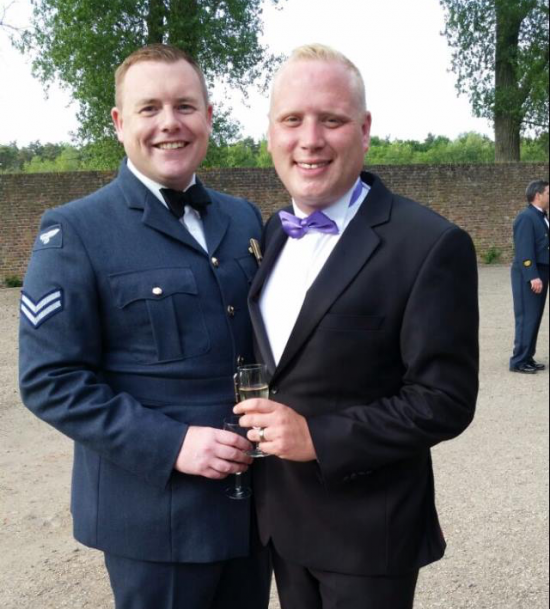 SSAFA is celebrating LGBT Adoption Week with an Outstanding Ofsted report, which praises the inclusive nature of the SSAFA adoption service…

The Ofsted report stated: “The agency is inclusive and, in the past two years, has increased its same sex couple recruitment to 45 per cent of all recruited families. The leaders and managers promote equality and diversity”.

The SSAFA adoption service has worked hard to change misconceptions of not only military families, but also LGBT couples. Research commissioned by SSAFA in 2019 showed that just over 3 in 10 Brits would describe a military parent as ‘regimented’ or ‘strict’ and a shocking 1 in 12 Brits think that being in a transgender couple would disqualify you from adoption.

The Ofsted report reiterated the drive to change misconceptions: “The agency has consistently raised the profile of military families and works hard to break down myths and stereotypes associated with these families”

SSAFA are the experts in military adoption and understand the complex demands of military life. SSAFA has worked successfully with individuals and couples from all service backgrounds to create loving families. Over the past three years, SSAFA has seen a huge increase in same-sex adoptions, and has approved eight LGBT households. 11 children have been placed with these families so far.

Ashley Oldroyd-Clarke and his partner, Keiren, adopted their five year-old son through SSAFA’s Adoption Service. Serving in the RAF, Ashley had been unsure whether his military background would be understood by Local Authority Adoption Service. Turning to a specialist agency was a natural next step for Ashley and Keiren: “Once we spoke to SSAFA, everything started to fall into place.

“It meant so much to be welcomed as a loving potential family for a child in need, instead of seeing circumstances as barriers. People often forget that family life in the military is an exciting and nurturing environment – living behind the wire doesn’t make a family any less caring. It took SSAFA’s expertise to help us find the final piece of our family puzzle and we have never looked back!”

Jill Farrelly, Head of SSAFA’s Adoption Service, said: “SSAFA is incredibly proud of the developments that have been made to increase diversity and inclusion within its adoption service, and is incredibly honoured that Ofsted has picked up on this work. Creating a culture of inclusivity has been a main priority for SSAFA and it’s amazing to see more same sex couples to use our service.”

If you or someone you know is currently serving and would like to adopt, encourage them to get in touch with SSAFA, the Armed Forces charity. To find out more, visit www.ssafa.org.uk/adoption