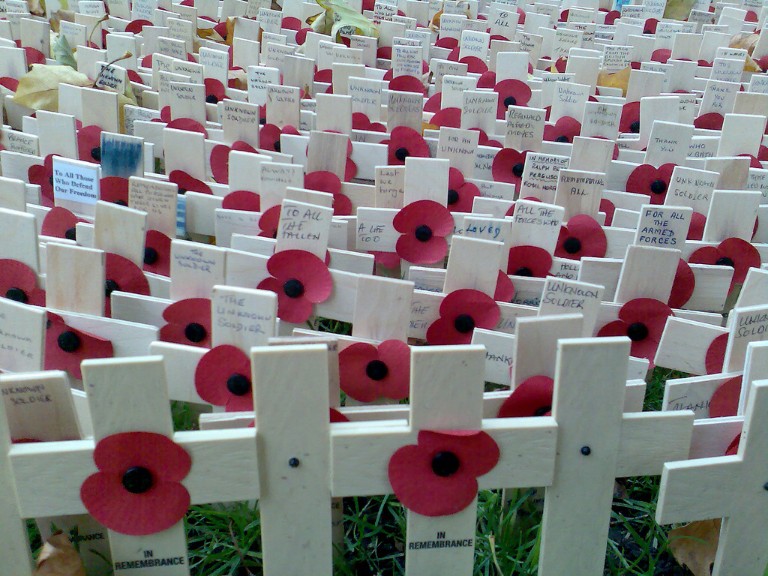 HRH the Duke of Sussex will today open the 90th Field of Remembrance at Westminster Abbey, three days before the centenary of the end of the First World War, to remember those in the Armed Forces who have lost their lives…

Organised and run by The Poppy Factory on the same site since 1928, the Field has 370 plots laid out with more than 60,000 Remembrance symbols, made by wounded, injured and sick veterans and dependents of veterans working year-round at the factory in Richmond-upon-Thames.

The symbols are planted according to names of military organisations and associations on the North Green of the Abbey, most bearing a poppy and often with a hand-written message from family, friends or comrades.

The Poppy Factory employs around 30 veterans and dependents of veterans with physical and mental health conditions, making the Remembrance symbols for the Field as well as wreaths and poppies for The Royal British Legion and the Royal Family.

More than 1,000 wounded, injured and sick veterans around the UK have now been supported back into meaningful employment in their communities by The Poppy Factory since 2010. The charity works with businesses around the country to transform the way employers think about recruiting people with physical or mental health conditions.