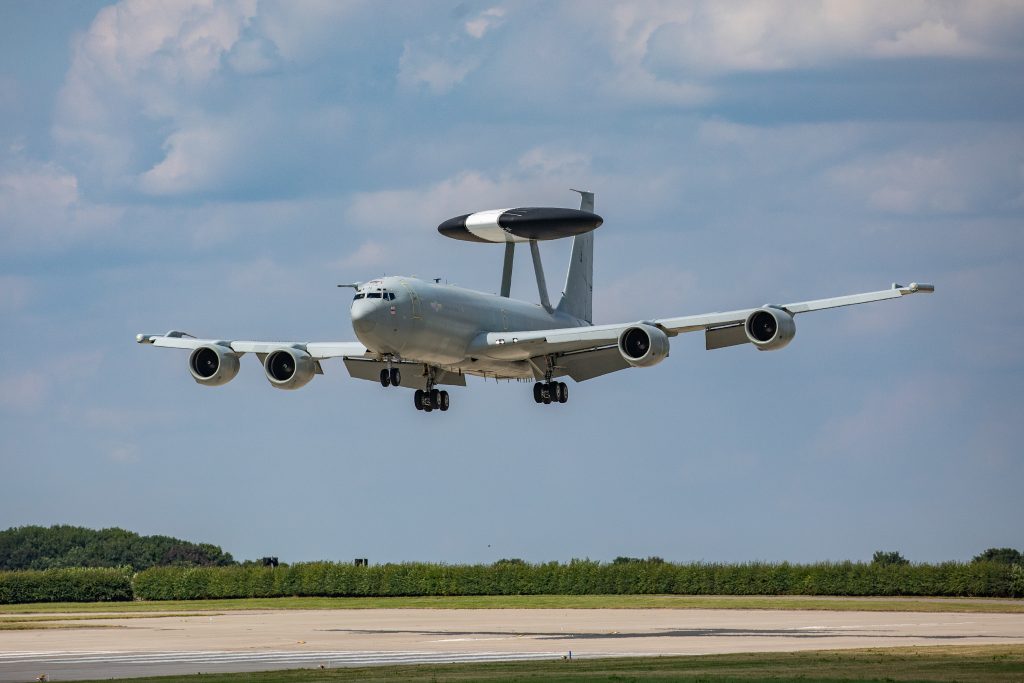 This image shows the last Royal Air Force E3-D Sentry Aircraft landing back at is home base at RAF Waddington in Lincolnshire after its final Operational Tour.

A ROYAL Air Force Boeing E-3D Sentry has returned to its home base at RAF Waddington following its final mission on Operation Shader, bringing to a close 30 years of operational service.

The Sentry aircraft flew its final operational sortie on the 30 July over Iraq as part of the counter-Daesh Op Shader. The aircraft from No.8 Squadron had been deployed to RAF Akrotiri in Cyprus and was the latest and last deployment since 2015.  The aircraft returned to RAF Waddington in Lincolnshire on 4 August.

Describing the aircraft’s lengthy service, the Commander of the Intelligence, Surveillance, Targeting and Reconnaissance (ISTAR) Force, Air Commodore Nicholas Hay said: “Sentry’s return from a hugely successful overseas deployment heralds a fitting end to over 30 years of continuous service in support of NATO, other coalition and national operations.

“Whether operating from their home base at Waddington or airfields from across Europe and the broader Middle East, Sentry has contributed by providing a Recognised Air and Maritime Picture that has enabled others to operate with significant freedom of action against the most hostile of threats.

“Whilst this moment is undoubtedly the time for all those who enabled Numbers 8, 23 54 and 56 Squadrons’ endeavours in the air to look back with immense pride and satisfaction, we have continued to learn much that will ensure other ISTAR platforms, including the new Wedgetail Airborne Early Warning aircraft, are able to maintain a significant operational edge going forwards.”

The E-3D Sentry, entered RAF service in 1991 as part of the RAF’s ISTAR fleet and was immediately deployed to  supported Air Operations during the first Gulf War.  Since then the Sentry aircraft have been involved in UK operations ever since including Iraq, Afghanistan, Libya, the broader Middle East and the Caribbean, together with a NATO role.  The Sentry is also known as the Airborne Warning and Control System or AWACS.

This recent deployment has seen operational sorties being flown on Op Shader, and also sorties to support Operation Fortis, the deployment of HMS Queen Elizabeth and the Carrier Strike Group. 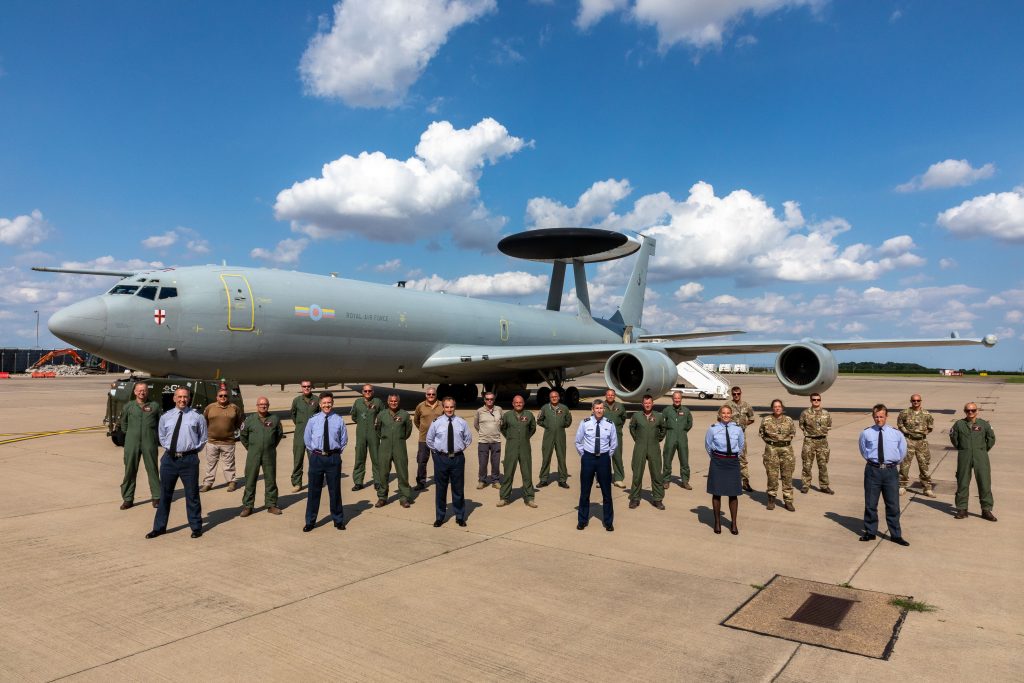 Describing its most recent missions, the Officer Commanding 8 Sqn, Wing Commander Victoria Williams said: “The deployment of the Sentry fleet to RAF Akrotiri in support of the maiden operational deployment of the Queen Elizabeth Aircraft Carrier and operations in the Middle-East has been a resounding success. This was the first operational detachment of the fleet since 2016 and involved a Whole Force of RAF, Reservists and contractors to deliver 30 missions in 9 weeks.

“The Sentry was able to provide the recognised air and surface picture to the Carrier Strike Group to facilitate its safe transit from the Straits of Gibraltar to the Suez.

“The skills and experience of Sentry crews, particularly those developed through working closely with naval assets during this deployment, will now be re-invested. The E-7 Wedgetail programme will enter service in 2023, replacing Sentry as the RAF’s Airborne Early Warning and Airborne Command & Control platform.”

The E-3D Sentry will be retired later this year and will be replaced in 2023 by a fleet of three Boeing E-7 Wedgetails that will operate from RAF Lossiemouth in Scotland. During the period between retirement and the Wedgetail becoming operational, the ISTAR requirements will be covered by a combination of other aircraft and E-3s from our NATO partners.

Reflecting on the return of the E-3D Sentry to RAF Waddington Group Captain Robert O’Dell, the Deputy Head Capability at the ISTAR Force HQ said: “I am exceptionally proud to have been associated with Sentry in a variety of operational aircrew, training, test and support roles since it entered service in 1991; Sentry has defined my career and it is inevitably with mixed feelings I now find myself involved with its retirement.

“However, all E-3D aircrew, groundcrew and supporting civilians should feel justifiably proud of the enormous contribution it has made to NATO and UK Air Policing, combat and humanitarian operations in the Balkans, Afghanistan, Iraq, Syria and Libya, as well as countering drug-smuggling in the Caribbean.”