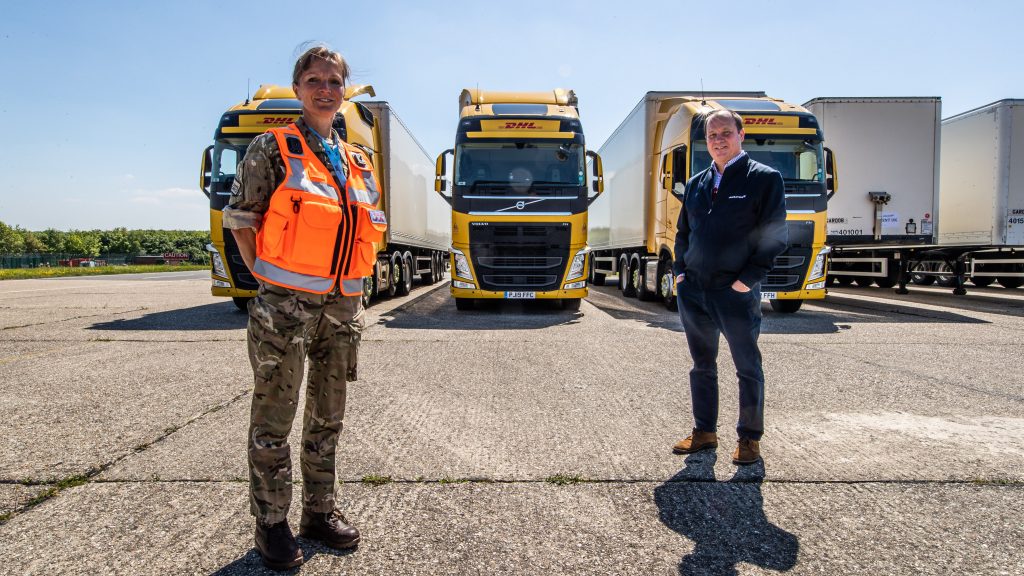 RAF ODIHAM is supporting the production of medical ventilators at a nearby factory in Hampshire to help the NHS.

The helicopter base near Hook is storing medical ventilator trolleys manufactured by McLaren Racing before they undergo further work a short drive away at the Surface Technology International (STI) production facility in Hook. This support from the RAF is part of the ongoing Military Aid to Civil Authorities.

A civilian consortium made up of McLaren and other F1 teams, Ford Motor company, Airbus, Smith Medical, Penlon and GKN Aerospace has been tasked to build medical ventilators by the Government for onward delivery to the NHS in Oxford. Mark Norris, the Race Operations Director (Marketing) for McLaren said:

“McLaren is immensely grateful to the Royal Air Force and all the staff at RAF Odiham and everyone at DHL who have been helping us support the critical management of logistics with the Ventilator Challenge UK consortium. The enthusiasm and assistance from everyone involved has been amazing and the assistance from RAF Odiham will play a key role in the project’s mission to support the NHS and help save lives.”

Just three miles from the STI facility, RAF Odiham is providing secure storage and 24/7 access with the items stored on DHL articulated trailers before moving forward to Hook at a rate of up to two trailers per day.

In charge of logistics at RAF Odiham is Squadron Leader Kieron Jarratt. He said:

“It’s reassuring to see how different organisations, be it McLaren, DHL, Surface Technologies International and the Air Force along with Government, are all pulling together to make this huge ask possible. The Government has tasked Ventilator Challenge UK to produce 15,000 ventilators by the end of June. Without the storage at RAF Odiham for timely deliveries, the very tight production deadlines wouldn’t be met.”

“This is another great example of teams coming together in support of the national effort against Coronavirus. RAF Odiham is proud to work alongside McLaren and the Ventilator Challenge UK Consortium in their production of ventilators which is a vital capability for the NHS front line.”