Recognising The Contribution Of The Armed Forces Community 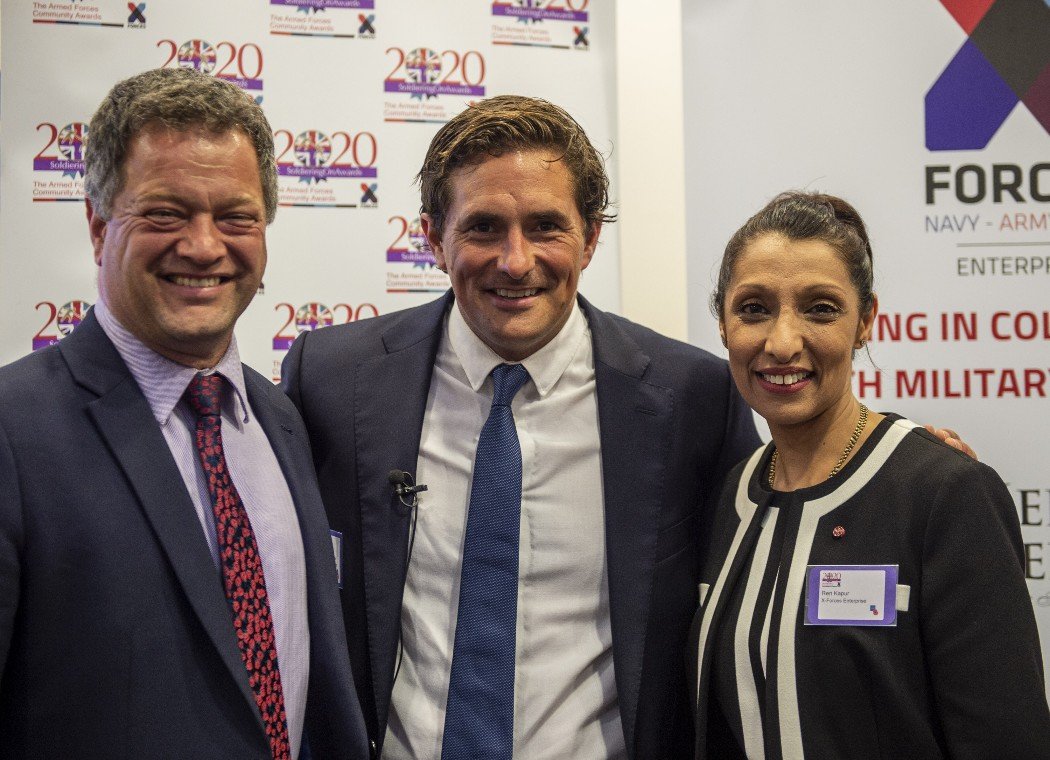 Minister for Defence People and Veterans, Johnny Mercer MP, joined individuals and organisations from across the Armed Forces community to launch the opening of nominations for the 10th annual Soldiering On Awards…

The event, attended by previous winners, finalists and charity and sponsor supporters from across the whole community, highlighted the importance of recognising the ongoing positive contribution made to society by those who have served, their families, organisations and fellow members of the Armed Forces Community who support them.

Key note speaker, Minister for Defence People and Veterans, Johnny Mercer MP spoke about his commitment to the Armed Forces Community, the importance of recognition and the simple act of saying “Thank you” to those who serve their communities.

The event, hosted by The Royal British Legion, was an opportunity for guests to hear from previous nominators, finalists and winners. Also to gain hints and tips from members of the independent judges panel about how to prepare a nomination. Fellow speakers included Co-Chair of the Awards Advisory Board Lt. Col Ren Kapur MBE, Wing Commander Tal Lambert MBE, and Charles Byrne, Director General The Royal British Legion.

The 2020 Awards taking place on 24h April 2020 will mark the 10th anniversary of the Soldiering On Awards and the first full awards cycle since becoming part of X-Forces Enterprise. During those 10 years over 120 Award Winners, teams, charities, businesses and animal partners, across a range of categories along with countless more finalists, have been recognised for their outstanding contributions.

All nominators whose nominee reaches Finalists stage are invited to the Finalists Reception, House of Lords in February 2020.

2020 Awards nominations are open until 30th September 2019 under the following categories:

2. Working Together Award – sponsored by Forces in Mind Trust

10. Business of the Year – Start Up Award – Sponsored by GKN Aerospace

12. Business of the Year – Community Impact Award – Sponsored by Cisco

“These remarkable role models deserve all the recognition and are an inspiration to society at large. In addition, all award-winners will receive tailored support through the XFE ‘3:6:12’ programme for the next stage of their journeys, including promotion, knowledge exchange or connections. Who do you know who deserves to be recognised?”

Minister for Defence People and Veterans, Johnny Mercer MP said: “Every year the Soldiering on Awards mark the extraordinary stories and achievements which are taking place across the armed forces community. Whether it’s ex-forces personnel starting a new business, or the important contribution military charities make, these awards always show off the best of Britain”.

The Director General of the Royal British Legion Charles Byrne said: “The Royal British Legion is a huge advocate and supporter of the Soldiering On Awards. The UK’s military personnel and their families are some of the most dedicated in society, and it is wonderful for people to have this opportunity to recognise their outstanding achievements.

“The awards do a great job of highlighting all the individuals and organisations that deliver support to the Armed Forces community, whatever their contributing role. Together we can ensure that this year’s event is a tremendous celebration of those who have served and those who support them.”

To make a nomination, or find out more about the Awards go to www.soldieringon.org