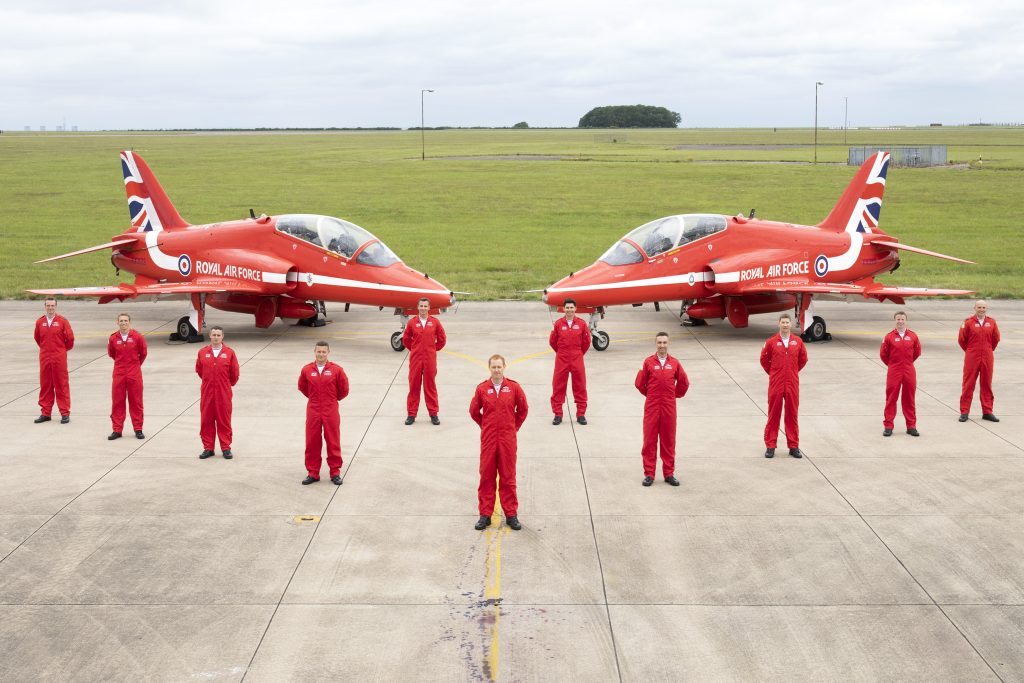 Attaining the status, which involves detailed scrutiny of activity both in the air and on the ground, means the Red Arrows are deemed to have a show that is safe, presentable and representing the best of British.

Normally, the final PDA process is carried out during an overseas exercise called Springhawk, where the team perfects and polishes the display over a focussed period – permitted by more guaranteed, finer weather and other settled conditions.

However, due to Covid-19 restrictions, the Red Arrows were forced to complete training at their home base of RAF Scampton in Lincolnshire.

This situation, combined with a halt in flying during the initial period of the UK’s lockdown, a phased return to formation sorties and the changeable weather, delayed PDA for 2020.

Although, a huge team effort by air and ground crews, together with a new carefully-planned and assessed working routine, allowed some of the vital training time to be recovered.

Wing Commander David Montenegro, Officer Commanding, Royal Air Force Aerobatic Team, said: “I’m extremely proud of what we have achieved today. Everyone on the team has done their absolute best to adapt – as a collective we applied a measured approach to reaching this important annual milestone.

“It is one that enables us to support any national task we are required for in the short term and ensure we can deliver our best performance for next year and beyond.

“The support of RAF Scampton’s workforce has been immense – from firefighters and medics, to air traffic controllers and support staff, to name just a few.” 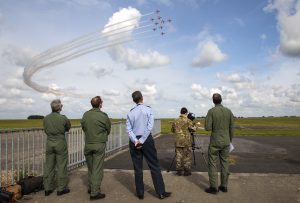 Tuesday 7th July 2020, the Royal Air Force Aerobatic Team perform their display at RAF Scmpton, with AVM Warren James, AOC 22 Gp, watching in preparation for the team to be awarded PDA (Public Display Authority). PDA is usually given while the team are on exercise Springhawk however due to Corona Virus this year the team have created a smaller modified display and have worked from their home base RAF Scampton in Lincolnshire.

Squadron Leader Martin Pert, Red 1, is responsible for leading the nine-aircraft formation, choreographing the display and coordinating the training programme for 2020, which is the Red Arrows’ 56th season.

The Red Arrows’ Team Leader said: “The fact we’ve been able to attain PDA just a month later than originally planned demonstrates the flexibility, ingenuity and resilience – of the whole Red Arrows team and our supporting military colleagues across the RAF – in the face of such unprecedented circumstances.

“We hope, despite not being able to display across the country in same way as other years, the very fact we continue to inspire future generations through novel online campaigns, social media and other activities brings comfort to every one of those in the UK who in some way support and follow the Red Arrows.

“Regardless of the reduced number of shows, all of us here at the Red Arrows look forward to streaming red, white and blue up and down the country at some point in 2020.”

Gaining the approval also now allows the Red Arrows to respond fully, with preparation completed, to any future national tasking across the UK.

Sqn Ldr Pert said the team had worked hard, with the same aim of developing and performing a world-leading show.

He said: “While not a straightforward year, we’ve endeavoured to ensure this year’s display retains all the hallmarks of a Red Arrows performance that our fans around the world expect of us – precision, dynamism and excitement.

“We’ve designed new manoeuvres such as the thrilling Crossbow and the beautiful Rolling Heart, which have revitalised the display for a new audience and granted us new-found flexibility to show our love and appreciation for our fans, regardless of the weather.

“Commemorating our forebears is of equal importance in 2020, especially, in this, the 80th anniversary year of the Battle of Britain and the 75th anniversary of VE Day and VJ Day, of which we have already carried out evocative flypasts over the nation’s capital, even amidst recent complexities.” 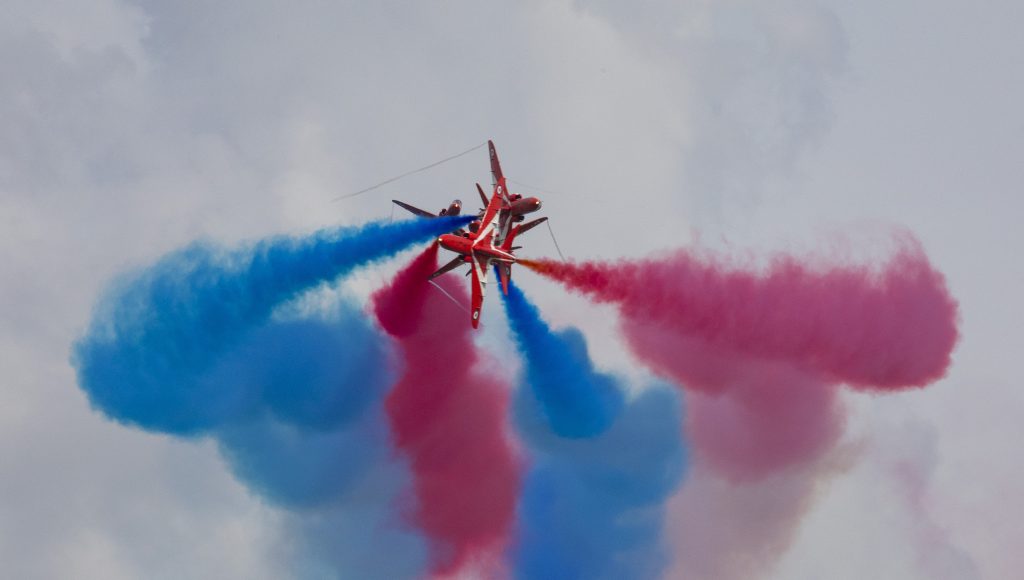 PDA follows a detailed assessment by a senior RAF officer.

The Royal Air Force’s Air Officer Commanding, 22 Group, Air Vice-Marshal Warren James, observed all aspects of the team, on the ground and in the air.

This is to ensure the team satisfies the highest safety standards and is performing a display that is a credit to both the Service and UK.

Following the approval, the pilots changed from their green coveralls, used during training, into their famous red flying suits, which are worn during display season.

Training for 2020 began in November last year at RAF Scampton.

Beginning with small groups of three or four aircraft, this work-up develops over several months for the Red Arrows before a display season begins.

Pilots fly three times a day, five days a week – until the team’s full nine-ship formation comes together around February or March.

Each sortie follows the same two-hour cycle of pre-flight briefing, the flight itself and a thorough, analytical debrief. The aim is constant improvement.

This year, prior to PDA, the team performed a series of non-aerobatic high-profile flypasts, including over London to celebrate the 75th anniversary of VE Day, in the skies above Paris to acknowledge 80 years since an historic speech by Charles De Gaulle and over North Yorkshire to mark Armed Forces’ Day.

There is a big team effort needed to allow the Red Arrows to perform for the public, from flight operations personnel and engineering technicians to administrators and suppliers.

The support staff, who number more than 100, also changed their coveralls following PDA, into their royal blue flying suits, giving them their collective name – ‘the Blues’.